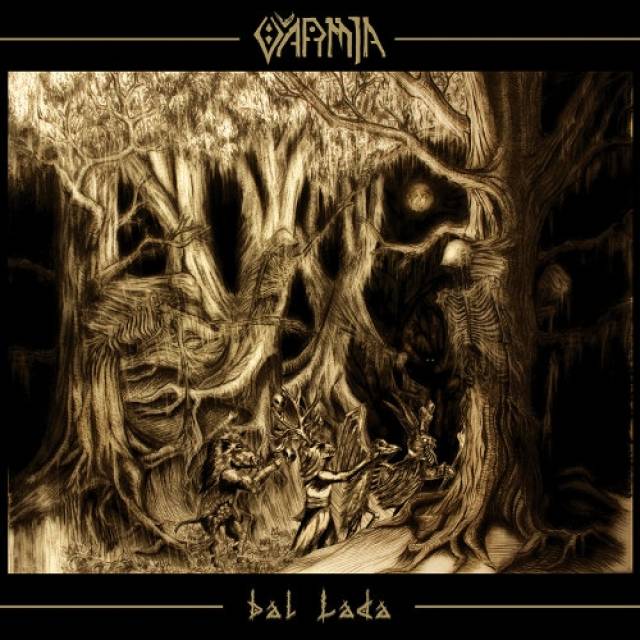 Polish pagan alchemists VARMIA – who pay tribute to their Baltic roots by combining black metal with traditional instruments such as the goat horn and the tagelharpa.
“The album title 'bal Lada' is a wordplay,” explains band founder Lasota. “It's most obvious in Polish, but should translate well in other languages as well. It means both 'ballad' and 'Lada's ball'. The term 'ballad' could refer to a literary form, but is also understood as a sad song. 'Lada' or 'Lado' is an ancient deity associated with both Baltic and Slavic cult heritage. She and/or he was most likely responsible for harmony, fertility and well-being. The title represents our take on the medieval dance of death concept and its depiction in the danse macabre allegory - the 'bal' of life forces, circle of cycles, primal lusts, desires and thus deprivations and metamorphoses of flesh and spirit. This is a ritual dance in the oldest forest on one hand, but it's also a whole universe's life and death cycle on the other. The lyrics are mainly in Polish, but with some elements of ancient Prussian language. The cover art and graphic design is made by our band member Piotr, who plays all the ethnic instruments on the album. Follow the Moon and walk into the silent woods of Warmia.”
VARMIA recorded their previous albums – 2017's “Z mar twych” and 2018's “W ciele nie” – in culturally significant remote locations throughout their native Poland. “bal Lada” continues that practice, as the 10 tracks of ominous and atmospheric pagan black metal contained within were tracked in a makeshift studio set up by the band in an old 19th-century manor in Northern Poland, where they performed while playing together as a live unit with no sound editing.
VARMIA was formed in 2016 by vocalist/guitarist/composer Lasota with a mission of fusing black metal with musical influences that pay tribute to the ancient Baltic tribes of the historical Warmia region of northern Poland. Vocally, harsh growls shroud the band's music and native Polish lyrics in a visceral aura, the only breaks occurring when using the traditional, ancient technique of “whitevoice” clean singing as utilized during ancient East-Central European rituals, rites of passage and festivals. Meanwhile, the power of the band's metal influences are enhanced on “bal Lada” by traditional ethnic instrumentation of the Baltic Rites via sounds of tagelharpa, goat horn, wood tuba and krivula. The result is a compelling mix of dark metallic sounds that channel the spirit of early Enslaved, Satyricon and Wolves in the Throne Room and folk elements that drive acts such as Wardruna.
The cover artwork, which was designed by percussionist and multi-instrumentalist Piotr. 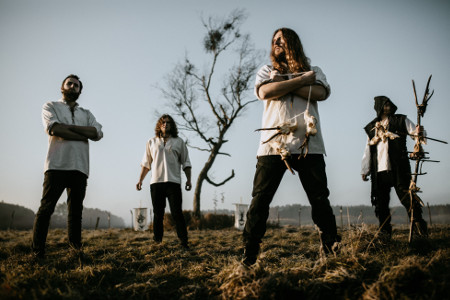