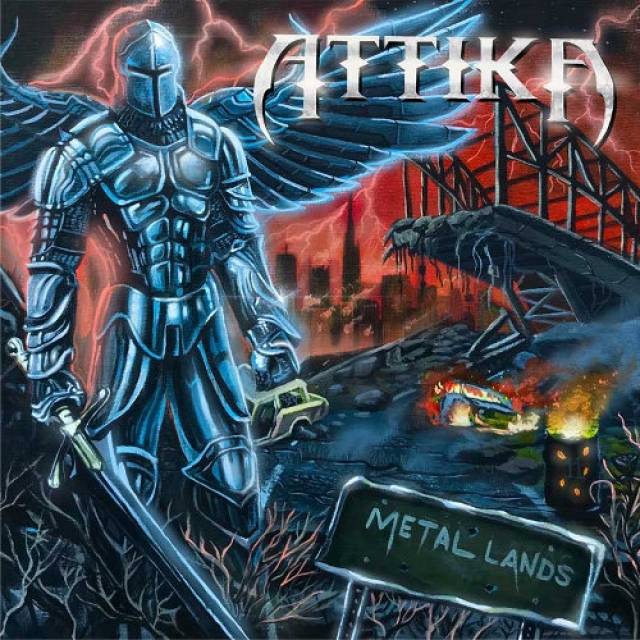 In 2018, they played their first show on Europe, the UP THE HAMMERS. The following year played in Europe at the HEADBANGERS OPEN AIR. Their European fans have not forgotten them: ATTIKA.
The Band from Melbourne, Florida was active for over a decade from the mid-80s to the mid-90s. The albums ´Attika´ (1988) and ´When Heroes Fall´ (1991) are legendary. From the beginning, the Line-Up included frontman and singer Robert Van War and drummer Jeff Patelski. Soon after, bassist Glenn Anthony and guitarist Bill Krajewski joined to complete the current formation.
Their long awaited comeback album is massive and powerful as US Metal should sound be, because ATTIKA have not forgotten their roots. The band presents an incredibly classic US Metal Release. 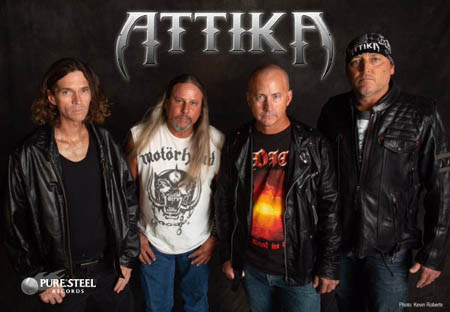