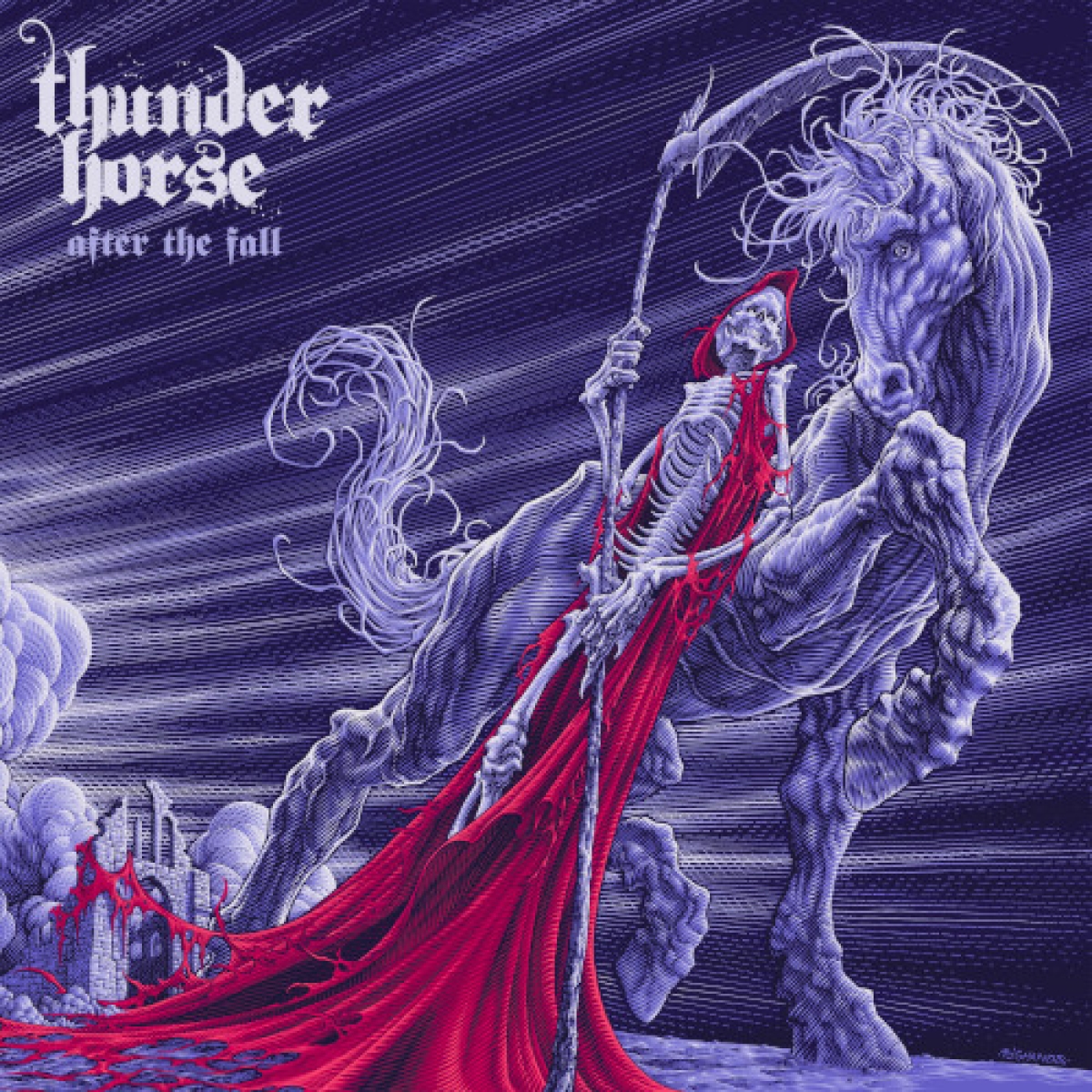 New album "Chosen One" out on March 12th!

The sound of San Antonio's THUNDER HORSE doesn’t quite fit into one box, but they are built thick with doom, psych, occult, and classic rock and blues influences. Close your eyes and imagine the brooding sounds of early Sabbath, the massive wall of guitars made famous by bands like Deep Purple and Mountain, on a sonically mesmerizing Pink Floyd trip, and you will have a taste of the experience that Thunder Horse brings.
THUNDER HORSE is led by vocalist and guitarist Stephen Bishop, a mainstay for many years on the Texas industrial metal scene as the frontman for Pitbull Daycare (Cleopatra Records, MIA Records). Aided and abetted by fellow PD founder, T.C. Connally is the lead guitarist. With each’s playing influenced in no small part by some of the most iconic band members of the late 60s and 70s – Roger Waters, Michael Schenker, Toni Iommi, and Robin Trower – together, THUNDER HORSE‘s songwriting duties are divvied equally, in line with a passion for all things heavy.
Taking a DIY approach, THUNDER HORSE released their self-titled debut in June 2018 to glowing press reviews. Original lineup intact, the band now returns with their second full-length 'Chosen One', once again featuring original artwork by Pig Hands, and mixing done by Caleb Bingham at Nightmare Sound and mastering by Joe Bozzi at Bernie Grundman Mastering in Los Angeles, CA.
‘Chosen One‘ is a musical journey that expands the band’s catalog by experimenting with different sounds and influences. Metal played slow and low, with an intensity inspired by icons past and present. A wall of amps and an almost tribal rhythmic vibe produces a guttural sound with intensely mind-bending sensations. Imagine if Black Sabbath and Jane’s Addiction melded into one band and had a Pink Floyd influenced stage show with a Quadraphonic PA: that is THUNDER HORSE. More in this category: « BLEACH EVERYTHING ATTIKA »