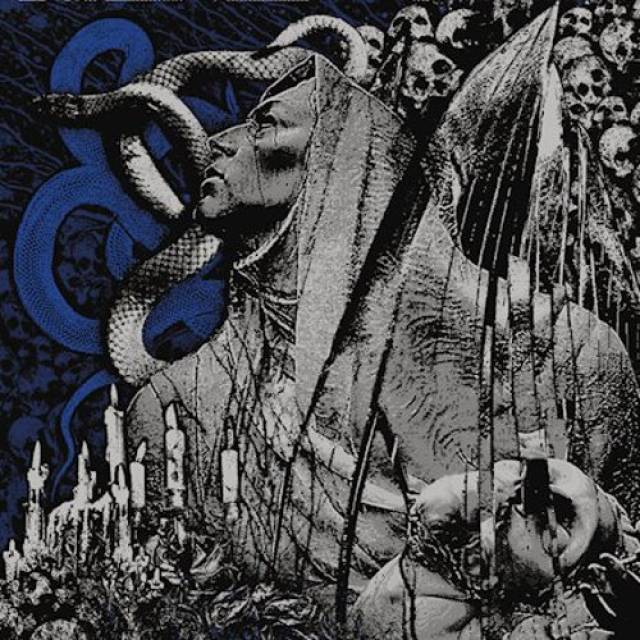 CO2 [Camera Obscura Two] is a new minimal musical project conceived by Alberto Penzin (ex-Schizo) on 09/09/07 and ultimately brought to life on 10/10/10 with the grand arrival of Giulio GTB (Cripple Bastards) on vocal duties, followed by the pivotal recruiting of 2nd bass player Andrea Ragusa on 11/11/11.
After a few years in the basement intertwined with some sporadic live stints, several demo tracks and a coupla dozen additional months on hiatus, the band is now ready for quite some turmoil following the addition to the ranks of guitar player deluxe Marco “Cinghio” Mastrobuono and drummer wiz Giuseppe “Peppe” Orlando no less.
First release to slide onto the plate is an elegant recollection of all CO2’ crucial tunes purposely re-recorded and put together for the eloquently titled D.Ö.D. album, a 28 minute lean, mean and tight affair. This marks also the unfortunate departure from the band of lead vocalist GTB as the CD cover sticker recites: “A mean compendium of songs arranged, rehearsed and experienced during the early days of the band. And a farewell mémoire to friend and vocalist Giulio The Bastard, no longer involved with CO2. All tracks freshly revamped and committed to tape with no holds barred, mostly fueled by a glorious array of HM-2/5150 set to explode.”
As luck would have it a new vocalist has already been found and will be formally introduced prior the release of next album T.O.D. which has already been conceived, and is planned for next year. To sum it all up in just a few bombastic words: CO2 is a one-way pathway to spiritual elevation filtered through a lifetime worth of obsession with metallic transgression. In other words, all the controlled violence and grinding riffage you could wish for...
Alberto, once defined by Metal Hammer Italy as “il padre putativo del metal estremo italiano” (google translate that, ahem) used to be the founding member of italian seminal band Schizo and later on Mondocane. His musical credits extend to studio and production work.
Andrea, driving force and partner in crime since ten years already is a young veteran of the Sicilian metal scene, with many live shows and full-throated collaborations with other bands under his belt. In a world of compromise, some don’t.
Marco is the head honcho at Kick Recording studios and a renowned producer / engineer for dozens of metal and hardcore productions all across Europe. Currently also playing with Hour of Penance, Inno, Buffalo Grillz, Undertakers just to name a few.
Giuseppe is the boss at Outer Sound studios and a staple in the italian metal scene for over two decades since his former days with revered band Novembre on many classic albums and extensive tours. Currently playing drums in The Foreshadowing and Inno too.
Last but not least, Giulio “The Bastard” is the man behind the mic at Cripple Bastards camp since their inception and also at the helm of prominent underground label FOAD Records. You can easily associate the term “grindcore” with the lad, when relating to Italian sonic.