SAINTE MARIE DES LOUPS may make mystery and near-anonymity a virtue, but its expression is nothing if not direct, forceful, and feverishly artful. Indeed, raw and grim and even punkish at times may be the band's attack, but there's equally a sense of aristocratic grandeur, a questing for absolution, a regal melodicism smothered in ashes of unknown origins. This juxtaposition is perhaps unsurprising given that SAINTE MARIE DES LOUPS hail from France, a land with myriad generations of black metal, each one as imposing as the last. But while one might expect the band to drink deeply from the ever-bottomless well of the paradigmatic Black Legions, SAINTE MARIE DES LOUPS actually nod toward the oft-overlooked Concilium collective from the late '90s and, more recently, can find contemporaries in the medieval-minded likes of Sühnopfer, Autarcie, Darkenhöld, and Véhémence - but, of course, with a blitzed identity all its own.
Indeed, with the second album Funérailles de Feu does SAINTE MARIE DES LOUPS truly come into its own. The band's self-titled debut album, released in 2018 by the late/great Fallen Empire, was a blitzed 'n' bleary smear of wayward melody and ethereal filth; on its follow-up, those rudiments are extended and embellished, rendered in more robust form. The uptick in production here - muscular, rounded, but still rippling with rawness - gives greater urgency to this even-stronger clutch of songs. The punkishness of yore is understated, more a textural conceit rather than a performance effect/affect; the melodicism, in kind, is brought front and center, frighteningly articulate in its stridency. Above all, mainman Fossoyeur sounds incensed, bristling, as the band is now expanded to a trio. As such, the totality is increased tenfold, resulting in a clarity of focus, fiery in its vision and idiosyncratic in its execution. One need only gaze upon the album's starkly beautiful cover art to get a glimpse into SAINTE MARIE DES LOUPS' increasingly unique headspace...draw thy sword and prepare for a grand reckoning! 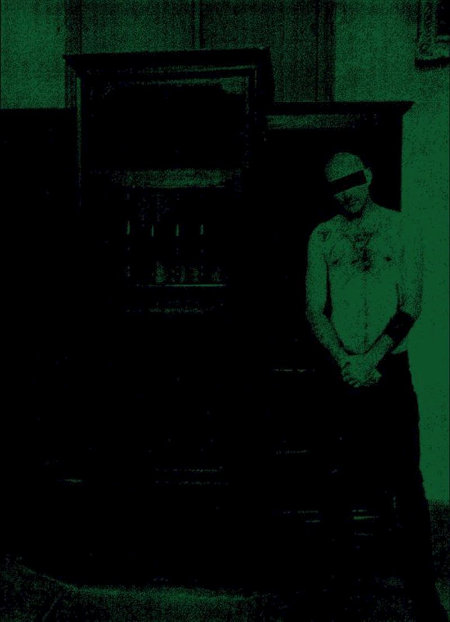