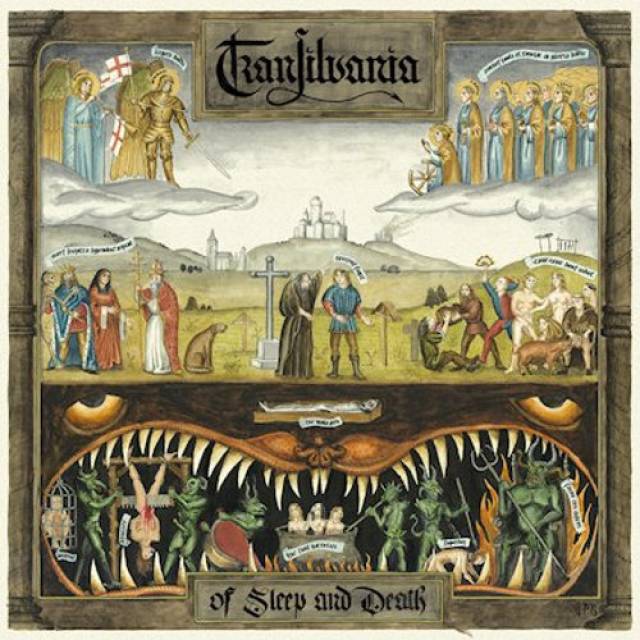 New album "Of Sleep And Death" out on January 1st!

Ancient souls rising from eternal slumber, the crypt of Austria's TRANSILVANIA opened sometime in 2014. A year later was birthed their debut demo, Morbid Majesty: an all-too-apropros title for their olde-worlde style of black metal. A split 7" with Canadian comrades Kafirun followed the next year, but it was January 2018 when TRANSILVANIA's momentous debut album, The Night of Nights, was released onto a still-unsuspecting underground.  Brimming with equal amounts of magick, malice, mysticism, and METAL, The Night of Nights was a record not for these modern times; its cobwebbed thrust 'n' thirst belied the band's young age, so authentically ancient was its muse. That underground began taking notice, quite rightly...
So followed more silence, and the ensuing chaos of the modern era. Now, at long last, TRANSILVANIA spread their black-leather wings and unfurl their second full-length, Of Sleep and Death. While it'd be fairly accurate to say that no great changes have been made since their celebrated debut album, here do TRANSILVANIA sound braver and bolder, more swaggering and certainly more urgent. The uptick in tempo sacrifices not an ounce of feel nor dynamics; if anything, these largely-more-attacking songs sound more swinging, the songwriting more seamless. Of Sleep and Death is thus a more ghastly experience, more stridently METAL, spanning not just black metal but also more than a bit of death metalled muscle, all ably highlighted by the mix & master courtesy of The Devil's Mark Studio. Put another way, whereas The Night of Nights lovingly/luridly maintained a more self-consciously '80s aspect, the TRANSILVANIA of Of Sleep and Death perfectly blends Storm of the Light's Bane-era Dissection, early Emperor, and Ancient God of Evil-era Unanimated with a whole lot of classic Nifelheim, Tormentor, and Mercyful Fate - in other words, GODLY.
Fitting for such a grand monument, Of Sleep and Death is graced with gorgeous cover art courtesy of Jaime Pascual Sanz, fully reflecting the thematic concepts throughout the album. Adding to this blood feast of ghastly, ghoulish, and grotesque metal will be a simultaneous vinyl reissue of The Night of Nights by INVICTUS. In the meantime, beware the strigoi of TRANSILVANIA as they ensnare you within Of Sleep and Death! 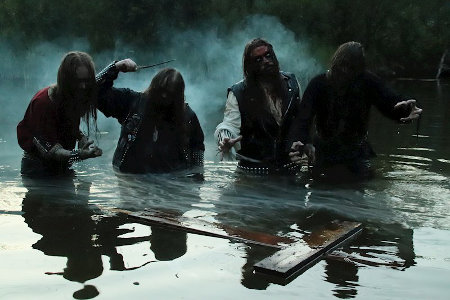