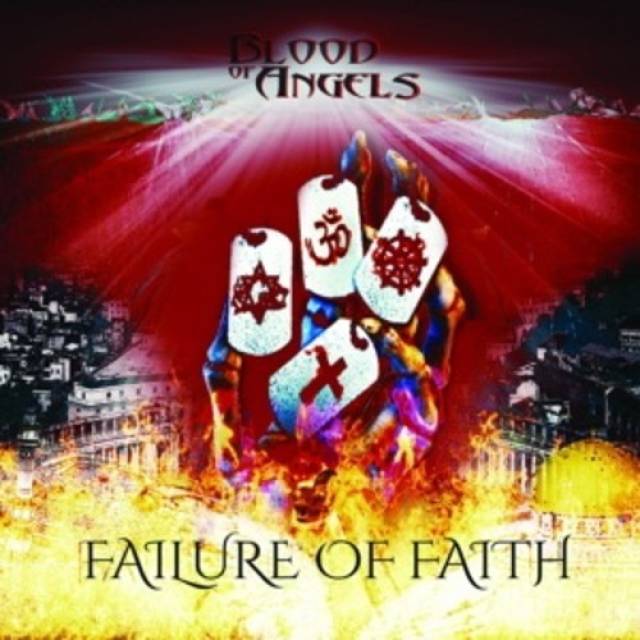 New album "Failure Of Faith" out on October 31st!

Inspired by the burgeoning local metal scene of Tampa, Florida USA, Blood Of Angels are making their mark on the genre that has guided them through the darkest of times. With local town heroes such as Cannibal Corpse and Nasty Savage inspiring down that path, Blood Of Angels blend death, black, thrash and lashings of power metal into a high-octane frenzy. Above all, the band combines their musical prowess and instrumental talents to make social commentary on public mistruths and the atrocities committed against humanity.
Band members, Randy Reyes (vocals), Aaron Robinson (guitars), Jonathan Rushford (drums), and the Maggot (bass) have been united under the Blood Of Angels umbrella since the fall of 2015. They boast an abundance of experience as both musicians and songwriters, with 80 active years in the industry between them. Utilizing thought-provoking lyrics akin to influential performers such as Dark Tranquility, Slayer, Cradle Of Filth and Slipknot, they make music to fulfill the goal of creating concept albums that hold deep meaning.
All that experience has come together with Blood Of Angels newest release Failure Of Faith. Failure Of Faith is a concept album that explores the evolution of the three main global religions of the world. The first half of the album looks at the development of Judaism, Christianity and Islam. How those three religions began to carve up and dominate the world. The second half of the album shows how those three faiths have led humanity down a path of division and self-destruction.
Recorded, mixed and mastered in Tampa, Florida’s Mastersound Studios with engineer and co-producer Preston DiCarlo.

More in this category: « DORMANTH ESSENCE OF BLASPHEMERS »