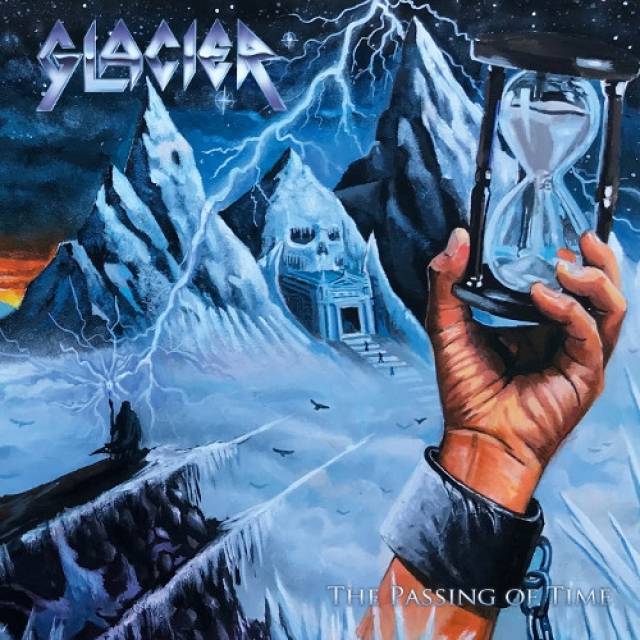 New album "The Passing Of Time" out on October 30th!

GLACIER is here! The legendary US heavy/power metal band returns with a new album!
It was in 1985 where the same-titled EP of GLACIER was released, one of the greatest "mini releases" of the '80s, including 5 tracks of US heavy/power metal majesty. Few more recordings followed by various incarnations of GLACIER until 1990, when the band was put to rest.
While the legend was growing, in 2016 there was formed a tribute band under the name DEVIL IN DISGUISE (featuring GLACIER singer, Michael Podrybau) and was offered a slot at the Keep It True Festival of 2017. "DEVIL IN DISGUISE was only to perform once at a festival in Chicago, IL as a tribute set", GLACIER adding detail to the story. "We started learning/rehearsing the original material in late 2016 and, a few months later, came to find that the festival had been cancelled. With good fortune and help, we were offered a slot at the Keep It True festival for the following year and things continued to grow from there. It was sometime after our third live performance that the conversation began about using the official name. That would have been winter of 2017. We had already been in contact with other original members, who had been watching our progress and were noble enough to endorse us. By spring of 2018, we were booking dates officially as GLACIER."
After the successful Keep It True show, the band started working on new material with the idea of recording a new studio EP. However, there were a few line-up changes and after becoming GLACIER, the new goal was the recording of a full length album. "The overall tracklist is various in origins but the final shaping was a very collaborative process, with Podrybau getting in on the vocals/lyrics", drummer Adam Kopecky adds. "The conceptual direction didn't occur until we saw the original painting Daniel Charles did for us later that year, which we quickly decided to feature as the cover art."
At that moment, GLACIER already had established a perfect line-up consisting of Michael Podrybau (lead vocals), Mike Maselbas (guitar), Marco Martell (guitar, vocals), Alex Barrios (bass) and Adam Kopecky (drums).
Adding a further connection to the past, the tracks "Live for the Whip" and "Sands of Time" were originally written in the '80s and recorded by the current line-up while original members Tim Proctor (bass) and Loren Bates (drums) play on these songs. Both of them, also perform on the "Infidel" track and there is also a guest performance of bassist Phil Ell Ross (ex-MANILLA ROAD) in two songs.
Drummer Adam Kopecky adds: "There's the visual on the cover art, which sparked the idea. Then there's the thirty-some years between activity, wherein the old recordings slowly spread to new ears and the fan base grew internationally. That original cover art featured an hourglass, which of course represents time, so the album title also works as the proverbial passing of the torch. Getting to work with original members Tim Proctor and Loren Bates on previously unreleased material gave that process extra depth. We hope to carry it forward well!" 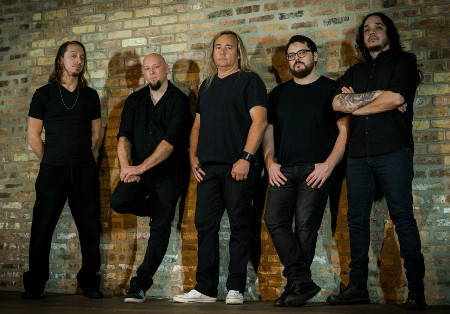 More in this category: « IRON MASK ZEUS THE TEMPLE »