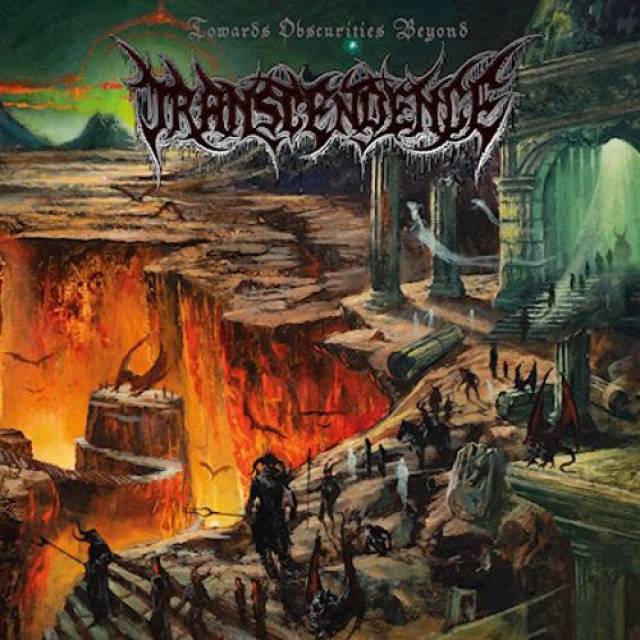 Debut album "Towards Obscurities Beyond" out on September 25th!

Formed in 2013, TRANSCENDENCE have been a study in patience and perseverance. The band digitally released their first EP, Morbid Reality, in 2014 and was followed by the Altar of Disease demo later that year. Back then, TRANSCENDENCE maintained a more deathrashing sound, but after some lineup shuffling, they re-emerged in 2017 with the EP Hour of the Summoning, which BLOOD HARVEST released on cassette in early 2018. Here, the intensity was upratcheted further, thanks in part to a brand-new rhythm section and Michael Alvarez taking over the second guitar spot - buttressed, of course, by co-founders Miguel Perez (guitar) and Tom Patmore (vocals). With this edition, BLOOD HARVEST signed TRANSCENDENCE for the release of their imminent debut album.
At long last, it arrives in the form of Towards Obscurities Beyond. As the band promised upon signing with BLOOD HARVEST, here do the quintet take the style of Hour of the Summoning and add a distinctly more melodic touch ala Dissection and early Necrophobic. While no doubt nodding to the '90s, the TRANSCENDENCE unfurled here retain a timeless quality, a cutting-yet-classy sound that's DEATH METAL through and through but effortlessly guides the listener across vast, windswept vistas of the imagination - dark, fantastical vistas, to be sure. A cursory glance of the grim-yet-graceful Adam Burke cover art certainly gives some clues, but delve deeper into Towards Obscurities Beyond and be met with majesty that's purple 'n' blue in spirit but red, white, and blue in execution: neither too raw nor too clean, neither categorically nasty nor nice, TRANSCENDENCE simply have found a nigh-perfect balance of songwriting imagination, finessed chops, and just-dynamic-enough production that all combine into something equally fresh and classic.
Mark our words: nowhere this year will you find a melodic death metal record more pure yet powerful than Towards Obscurities Beyond. TRANSCENDENCE are a diamond in the rough, and their gleam is glorious to behold! 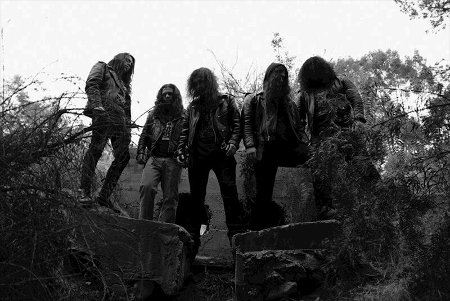