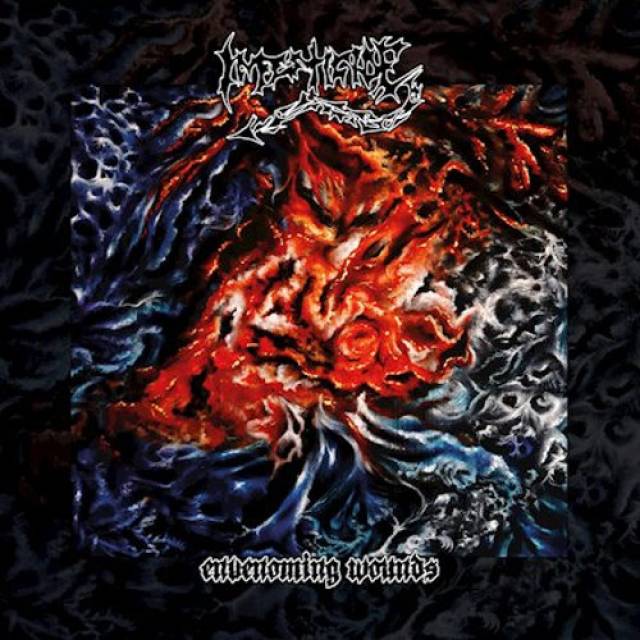 Bursting from the void in 2012 as Inherited, the band-to-become INFESTICIDE released a couple demos under the moniker before making the official change halfway through 2013. And indeed, this moniker change signaled something of a sound change, or at least shift, as the power-trio stepped away from thrash and plunged headlong into pure and total DEATH METAL, particularly from their native Mexico. A demo and EP were released under the INFESTICIDE banner in 2014, to be followed by the band's debut album, Death's Formulas Fatal, in 2016. That debut full-length found favor among diehards for its utterly harsh 'n' vile sound.
Keeping the same iron-fisted formula but finessing it further, INFESTICIDE now unleash their gnarliest strike yet with Envenoming Wounds. Everything here is magnified to OTT levels - berzerker performance, clear-yet-crushing production, songwriting that's scurrying yet seamless, everything simply set to SAVAGE - and proudly upholds the banner of classic demonic death metal as ushered in by early Morbid Angel and then carried forward by Krisiun, Angelcorpse, and God Dethroned. But, of course, there's that unmistakable sulfurous magick that Mexico's so renown for within underground circles, and INFESTICIDE's hellish 'n' humid attack leaves no question about their origins. Comparisons to labelmates IN OBSCURITY REVEALED are perhaps unavoidable, as vocalist/guitarist Isaías SpeedBlosky and bassist Fabrizio pull double-duty in both bands, but drummer Indra's many-tentacled kit-destruction as well as the more labyrinthine song constructions squarely put Envenoming Wounds in its own category. Which is to say nothing of the two instrumentals, "Acid Lava" and "Ageless Storms," both of which are aptly-fucking-titled...
Mexican death metal bears a proud lineage, and INFESTICIDE blaze a path of the old into a fiery future with Envenoming Wounds! 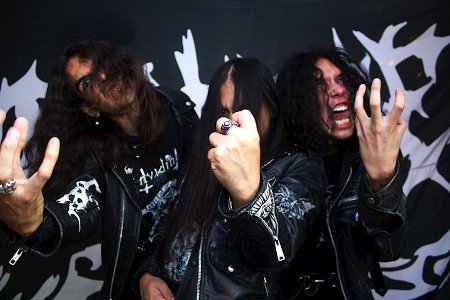 More in this category: « ZOEY THE WHITE LIONESS SINSID »