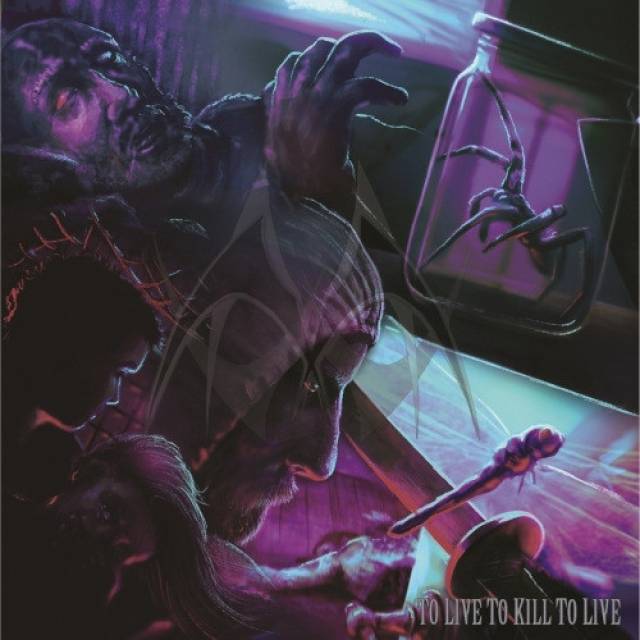 New album "To Live To Kill To Live: out on August 28th!

MANTICORA is back with the follow-up to the critically acclaimed "To Kill to Live to Kill". This is the second part of the grandiose concept, this one entitled "To Live to Kill to Live". The album will be released on August 28th. The horror story is concluded and once again, Jacob Hansen worked wonders on the production, as well as David Troest, creating a stunning piece of artwork for the album and the whole booklet. Sit back and enjoy 63 minutes of metal perfection!

Manticora about the album:
Kristian Larsen (Guitars): "It all started out as a crazy and almost impossible idea.... A book and two albums...I mean... come on?? Today I'm so proud of the final result and I still can't understand that we actually did it. "
Stefan Johansson (Guitars): "6 years have passed since we first started this huge concept, and here we are at the final chapter. I have had the most amazing experiences but have also pushed myself the hardest creatively as a musician during this period. I have, though, ultimately evolved for the better. The same can definitely be said of us as a band as a whole. In making this new album, in particular, we really gelled together and pushed each other to give the best we could and the result of that is this technical, complex and beautiful album that we are extremely proud of."
Lars F. Larsen (Vocals): "Yes, you might say, we're shooting ourselves in the foot with a shotgun, by starting up the album with a 15-minute progressive track, but we don't care! And we do not care because we're not here to please anyone. We're making music, that WE like, and which pleases OUR ears. If it pleases the ears of the fans and fans of this kind of music, it is great and if not - well, then don't listen any further. it is as simple as that.
Trust me, when I say that after you're done, listening through that opening track, you'll be more than satisfied to know it's followed by a quiet 2-minute instrumental tune, so that you can relax and catch your breath.
Listen and learn, young Padawans. We're here to break shit up..."

MANTICORA was formed in 1997 by Lars Larsen (vocals), Kristian Larsen (guitars) and Mads Volf (drums). In the early days the band was a foursome with bass player Rene as the last member - the young guys laying the foundation of the MANTICORA-trademark sound; hard hitting progressive power metal with both epic and thrash elements.
In 1998 MANTICORA signed with Intromental Management and shortly afterwards their first record deal was signed with Greek record label Black Lotus. The same year the band added an extra guitarist, and a keyboardist, to the line-up. The debut full-length disc, "Roots Of Eternity", was released in summer 1999, and received tremendously good response from both media and fans around the world.
2000 saw the band signing with Scarlet Records, and half a year later the next opus, "Darkness With Tales To Tell", was released, once again receiving great acclaim. In 2001 bassist Rene decided to leave the band and the vacancy was filled by Kasper Gram as the new bass pounder. Also the guitar spot was changed, as Flemming left MANTICORA and Martin Arendal joined the band.
In the fall 2002 "Hyperion" was released. This was the so-far most wide-spanning work of the band; an epic concept album, based on the award winning sci-fi novel "Hyperion" by Dan Simmons. The album was whole-heartedly embraced by fans and media worldwide, and with a European tour in the spring 2003 MANTICORA took another step up the ladder.
In early 2004 the band began working on and releasing their next disc, "8 Deadly Sins", yet another conceptual one. The album was recorded in Jailhouse Studios with producer Tommy Hansen (Helloween, Pretty Maids, etc.). In February 2005 the band toured throughout Europe together with Angra and Edenbridge. The band then did their first ever (highly successful) US appareance at the ProgPower Festival in Atlanta, GA.
The band once again went into studio in 2006, to record their 5th full-length album, the first part of the 2-album concept "The Black Circus". Once again produced by Tommy Hansen, the album was bigger, better and more adventurous than ever before. After a mini-European tour, alongside Andromeda, MANTICORA hit Jailhouse Studio to finalize the 2nd part of "The Black Circus". With the new album in their now extended catalogue, MANTICORA went on both European and USA tours, as support for Jon Oliva's Pain, and another tour was booked for Europe in May 2009, as support act for Circle II Circle. This time, going through 16 countries for 21 shows.
In 2010 MANTICORA's 7th full length album was released worldwide. "Safe" was an even darker journey in the musical universe of MANTICORA. A European headliner tour was booked for October 2010, taking the band through nine different countries.
In August 2012, MANTICORA finally performed at the world's largest metal festival - Wacken Open Air, and it lead to the band, re-opening the goodie-bag of writing new material. April 2013, saw the band, playing the prestigious PPM festival in Belgium, and a month later, Martin played his last show with MANTICORA. Stefan Johansson - who appeared as session musician on the 2005 Angra tour, was enrolled as a new guitarist and when bassplayer Kasper left the band in December, Sebastian Andersen joined the band.
After another European headliner tour in 2014, Mads decided to leave the drum-throne, to pursue other musical endeavors, and MANTICORA spent 4 years, writing a grandiose double concept album, based on the 334 page novel, that leadsinger Lars wrote in the meantime.
In August 2018, MANTICORA released their so far most ambitious work, the 8th full length album "To Kill To Live To Kill", produced by Jacob Hansen to secure an aggressive and modern sound. The band's 334 page novel was released at the same time.
2018 and 2019 were spent, touring the world (Europe, North America, Japan) and saw the band appearing for the first time ever in countries, like Canada, Japan, Mexico and Norway. Manticora played a load of festivals - among them, Wacken Open Air, Copenhell and Evoken Fest in Japan.
In January 2019 Sebastian left the band and shortly after, Kasper Gram returned as a session-bassist for the band - a slot that he decided to make permanent a year after, so he's now back, full-time in the band.
The drums on the last album and the new one have been recorded by the Swedish drum-whiz Lawrence Dinamarca, who has brought an immense amount of technical aspects into the music of MANTICORA and Lawrence decided in May 2020 that he'd be a part of the line-up of the band, making the band a complete 5-piece, as it was always meant to be. 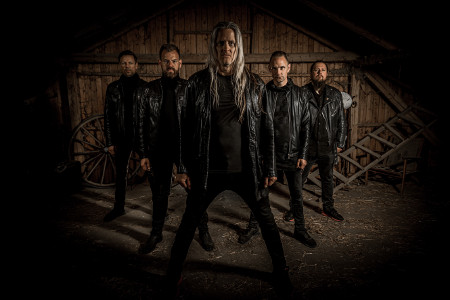