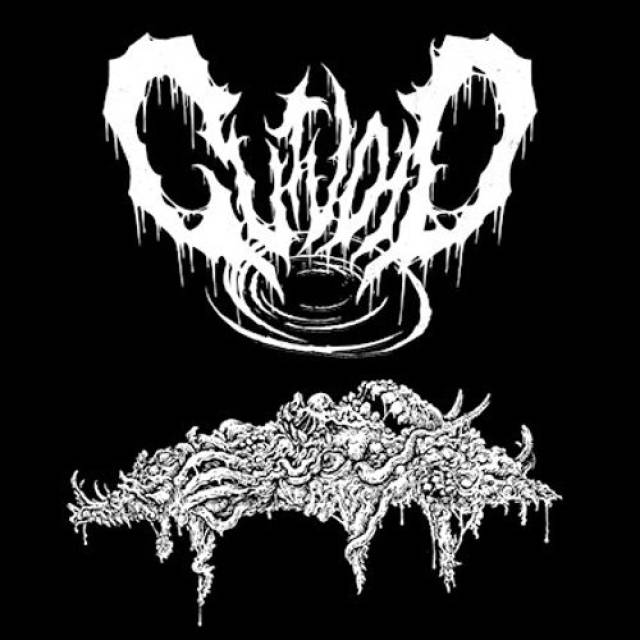 GUTVOID hail from Toronto, Ontario and quickly set to work on their first public recording. While Astral Bestiary is indeed the quartet's first recording, the members of GUTVOID collectively contain a wealth of experience within Canada's extreme metal scene, and it duly shows in the EP's eldritch-yet-fresh attack. Ominously swarming, churning forth with world-eating Metal of Death that devours the listener whole, GUTVOID traverse a wealth of compositional territory within the record's three-song/24-minute runtime, dragging that listener across fetid slime and bestial grind, funereal doom and industrial-sized stomp, and even catchy headbanging parts...before the sinister slipstream takes that listener under, with all finality. To their credit, the quartet evade so much of the riff-less murk characterizing nowadays "sepulchral" death metal; if anything, Astral Bestiary maintains a refreshingly clear aspect, allowing every note to ring true and terrorizing. But make no mistake: this onslaught is literally MASSIVE, in every sense of the word.
As a leadup to GUTVOID's imminent debut album for BLOOD HARVEST, the vinyl version of Astral Bestiary will include the digital single "Forbidden City Beneath the Crypt" as a special bonus. Hop on their bandwagon now before it's too late! 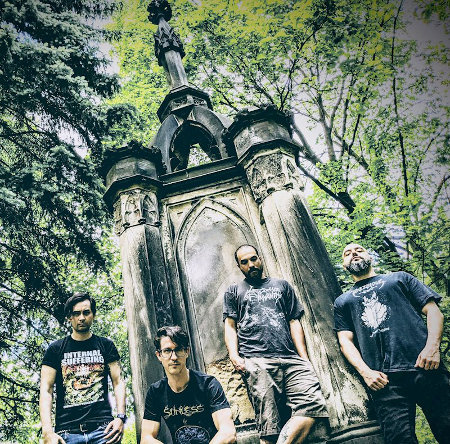