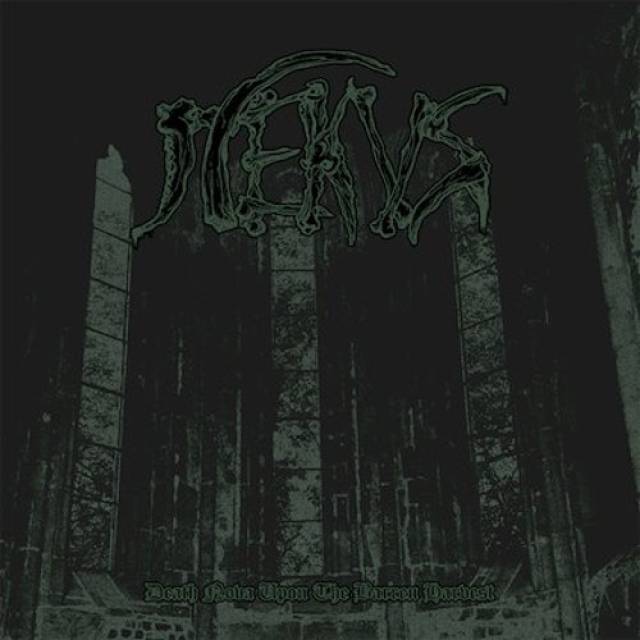 Debut mini-album, "Death Nova Upon The Barren Harvest", out on July 17th!

A brand-new formation hailing from Germany, it's not surprising that NEKUS have thus far been cloaked in darkness: truly, their Metal of Death is bottomless in its depths. To experience this band is to plunge oneself into ichorous, unknowable DARKNESS; it's all-caps DEATH METAL shot straight from (and back into) The Void.
With literally no warning whatsoever, from that Void arrives NEKUS' debut recording, Death Nova Upon the Barren Harvest: a title portending its contents to an almost absurd degree. Throughout the course of its four-song/28-minute runtime, NEKUS' mini-album pushes and plunders the most desolate expanses of what "death metal" is and especially could be, taking a paradoxically avant-garde approach to total caveman constructions. Riffs do indeed exist here in these expanses, unlike so much other "cavernous" death metal; they blanket and then suffocate the listener with sepulchral horror, as atmospheric as they are attacking. Below-the-gutter/above-the-cosmos voice congeals into that sickening riffery to create a most unsettling soundfield, with each epic-yet-not track deliriously dragging the listener to and fro, defiling sanity and subconscious alike. And to think...this is but a mere start for NEKUS.
Wrapped in a hellishly humid and completely analog production, with suitably shadow-draped artwork to boot, NEKUS' Death Nova Upon the Barren Harvest is the glorious beginning of the END. 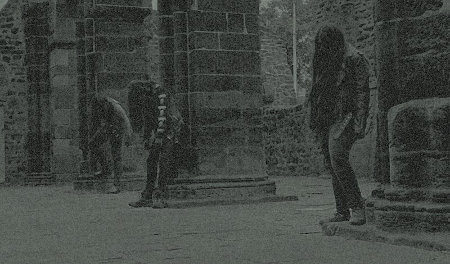