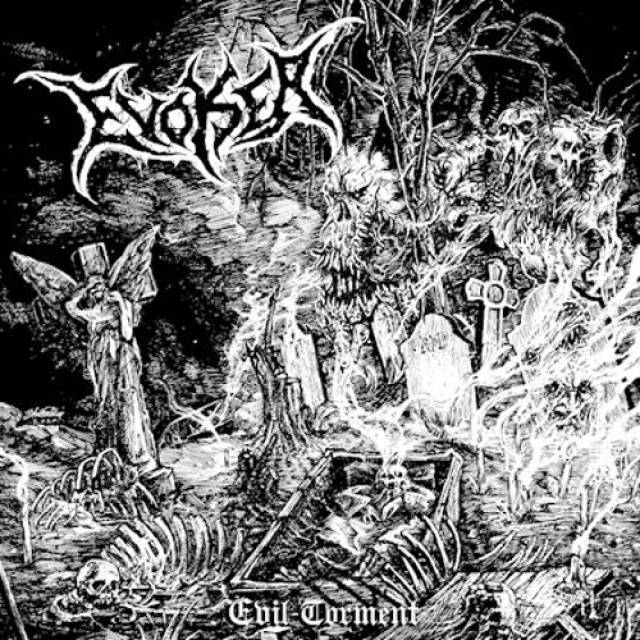 New mini-album "Evil Torment" out on May 29th!

BLOOD HARVEST RECORDS is proud to present the striking debut mini-album of Australia's EVOKER, Evil Torment, on CD, 12" vinyl, and cassette tape formats.
Formed in 2016, EVOKER have been constantly feeding and growing into the madness that can be heard on their first longer-length recording, Evil Torment. Having released a demo in 2018, the upratcheting in intensity can be immediately felt here, EVOKER indeed evoking the ancient spirits of their homeland's rich history of extreme metal - from Slaughter Lord to Vomitor, Bestial Warlust to Razor of Occam, Martire to Impetuous Ritual, and plenty of nasty points in between. Theirs is a filthy 'n' furious fusion of the deadliest death metals and most barbaric black metals, sidestepping the usual pandering of most "blackened death" by going full-force for the fucking throat. And not for nothing is their latest record titled Evil Torment: this is horrific evil for those who worship Old Metal.
Bound by unrelenting force and ferocious horror, EVOKER are currently conjuring new material for their debut album, set to be released by BLOOD HARVEST in the coming year. In the meantime, bow down before their Evil Torment! 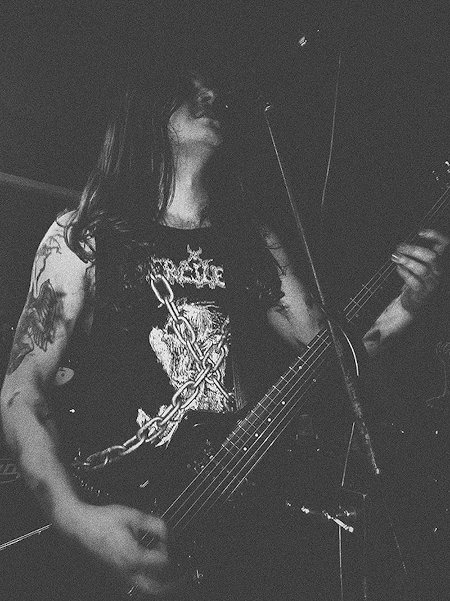