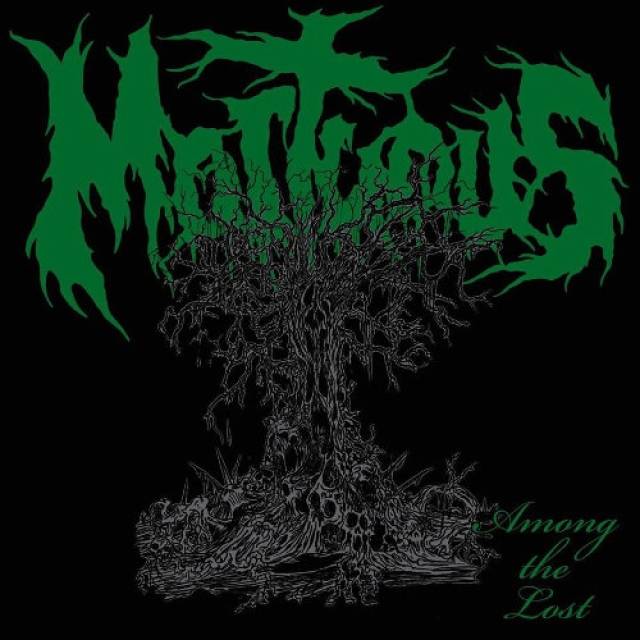 "Among The Lost / Mors Immortalis" out on March 6th!

San Jose death/doom metal maniacs MORTUOUS will release their long out-of-print Among The Lost and Mors Immortalis demos on CD next month via a joint partnership between Carbonized Records in the United States and Triumvirate Of Evil in Colombia.
Tracks one through six contain MORTUOUS’ 2012 demo — initially released via Transylvanian Tapes then reissued in 2015 as a limited 12” MLP entitled Among The Lost through Netherlands-based Dawnbreed Records — while tracks seven through ten contain their 2009 demo, Mors Immortalis, originally released through Skeleton Plague Records in 2010. Among The Lost was recorded at Earhammer Studios between February through April 2012 and engineered and mixed by Greg Wilkinson. Mors Immortalis was recorded, engineered, and mixed by founder Colin Tarvin in December 2009.
Among The Lost / Mors Immortalis will be released in a limited run of 500 copies (jewel case with eight-page booklet included) with artwork by Joe “Ravager” Romero on March 6th.
MORTUOUS was forged in San Jose, California in 2009 from the ashes of guitarist Colin Tarvin’s previous project Funerealm. Tarvin began writing music in the vein of Incantation, Autopsy, and Viogression with lyrics centered heavily on philosophical views on death and anti-technological themes. Later that year he released the Mors Immortalis demo on Skeleton Plague Records which received praise and recognition throughout the underground death metal community. By 2010, MORTUOUS had a full lineup which included former Exhumed members drummer Col Jones and guitarist/vocalist Mike Beams as well as vocalist Al Tarvin-Kibler, and bassist Nick Scarboro. In 2013, the band parted ways with Tarvin-Kibler and Scarboro and recruited bassist Clint Roach. Drummer Chad Gailey of Necrot joined the fold that following year completing the band’s current incarnation.
In November of 2016, MORTUOUS entered Earhammer Studios with Greg Wilkinson to record their debur full-length, Through Wilderness, which features eight new tracks of total doom and death metal with nods to such bands as My Dying Bride, Paradise Lost, Rottrevore, and Disembowelment. Through Wilderness was released in June 2018 through Carbonized and Tankcrimes Records in the United States. Dawnbreed and Extremely Rotten Productions handled the European edition. In September of 2018, MORTUOUS released a split 7” with Scolex which made its debut at Kill-Town Death Fest VI: The Resurrection. In 2019, the band unleashed another split 7” with Deform and made a few appearances at festivals such as Eternal Warfare, California Deathfest, Kill-Town Death Fest VII, and Decibel Metal And Beer Fest: Los Angeles. 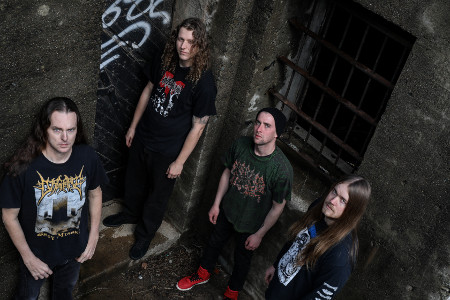