Mark Morton, the prolific guitarist of Lamb of God, has announced a new project that sees him further explore his creative drive for writing and collaboration. Joining forces with WPP Records and Spinefarm Records on a worldwide basis, Morton will release a 10-track album under his own name and titled Anesthetic. It arrives on March 1.
Starting as idea between Jake (leader of heavy rock band Oni and founder of WPP Records), producer Josh Wilbur (Lamb of God, Trivium, Oni, Gojira) and Morton, the project quickly gathered steam – with Mark at the creative center, Josh Wilbur co-writing, recording, mixing, and producing, and Jake Oni also co-writing and performing.
Morton had been writing some of this debut for years. "This album wasn't a concerted effort to start something outside Lamb of God," he explains. "Music is always in my head, and until I write and record it, it's stuck there. But once I record it, it's out. It's a catharsis, more for my own sanity."
Singers on the album include Chester Bennington, Randy Blythe, Jacoby Shaddix, Myles Kennedy, Alissa White-Gluz, Mark Lanegan, Chuck Billy, Jake Oni, Josh Todd, Mark Morales and Naeemah Maddox.
Musically, Morton performs all guitars, with Roy Mayorga, David Ellefson, Ray Luzier, Paulo Gregoletto and Alex Bent, Mike Inez, Jean-Paul Gaster, Steve Gorman and Marc Paul rounding out the band. 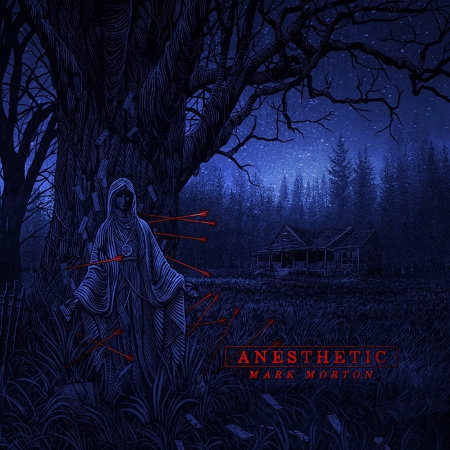 More in this category: « LITTLE VILLAINS IN FLAMES »