Space Elevator were formed by guitarist David Young and flamboyant lead singer The Duchess. Releasing their debut album in 2014, the band produced a contemporary rock album that draws on the influences of the best and biggest bands in rock history.
Performing well crafted rock songs with great dynamics and powerful playing, supporting lush vocal harmonies and instantly memorable melodies, the songs are delivered brilliantly by the Duchess.
The line-up is completed by Chas Maguire - Bass and Brian Greene – Drums.
Space Elevator II sees the band back with a toughened up and more direct sound without abandoning their penchant for ambitious arrangements when required.
The album features the single “We Can Fly” – ARO mix, the video for which was shot atop the largest privately owned satellite dish in the world owned by Thoth Technology, Canada, designers of the world’s first 20km high space elevator and collaborators with the band on their space elevator project.
Space Elevator have a UK tour in May/June with Festivals and European dates being booked for the summer and autumn of this year. 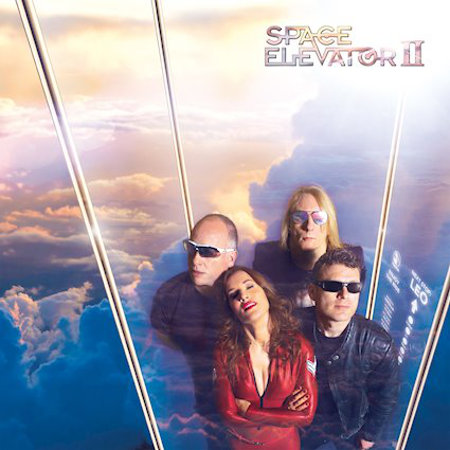