German hard rock guitar wizard AXEL RUDI PELL has finished recording and mixing his latest album “Diamonds Unlocked II”, set for release on July 30th 2021 on Steamhammer/SPV. The successor to last year’s top 5 album “Sign Of The Times” is the follow-up to his 2007 cover recording “Diamonds Unlocked”. Pell’s carefully considered decision not to release brand-new material for the first time in almost 15 years is mainly based on the ongoing pandemic and current restrictions on live concerts. The 61-year-old explains that “it makes no sense at all to put out new songs that we will not be able to perform live.”
AXEL RUDI PELL had been flirting with the concept of “Diamonds Unlocked II” for two or three years, and he’s also aware of the vast number of cover versions currently floating on the Internet, which he sees as a challenge. Of course it depends on the selection and variety of the material, but first and foremost it is the transformation of each individual track that matters. The result is so outstanding that he is justly proud of his latest offering. “Without patting myself on the back too loudly – this is an album worth listening to from start to finish.” Instead of delivering every single note so that it sounds exactly like the original, a cover album should, above all, be fun. And entertain and inspire the listener, an audio algorithm which makes you get out the original versions or the whole back catalogue of the artists presented. In this respect, “Diamonds Unlocked II” is an offer that no self-respecting hard rock fan can refuse. 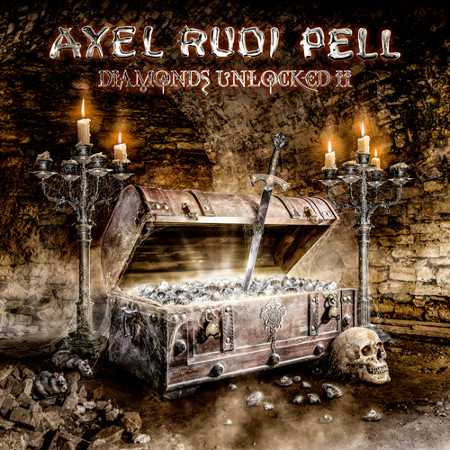