AUGUST BURNS RED have been upholding the artistic pillars of technical proficiency, airtight grooves, and thoughtful lyricism in the hard rock world for 17 years now. The two-time GRAMMY® Award-nominated Pennsylvania quintet — JB Brubaker [lead guitar], Brent Rambler [rhythm guitar], Matt Greiner [drums], Jake Luhrs [lead vocals], and Dustin Davidson [bass]— are pleased to announce their eighth full length, Guardians, out April 3 on Fearless Records.
The band also revealed that the album is their most truly collaborative effort to date.
"Guardians is the culmination of a complete and total team effort," says Brubaker. "Dustin and I collaborated musically more than we ever have before. Jake and Brent collaborated vocally more than they ever have before. Matt bounced more drum ideas off of us than we could even comprehend. It was the most time we've ever spent in the studio on one album. We're all so proud of this record, and we can't wait to share it with the world."
Following the seminal Messengers [2007] and Constellations [2009], August Burns Red infiltrated the mainstream via 2015's Found In Far Away Places. The latter stood out as their second straight #9 bow on the Billboard Top 200, in addition to garnering the group its first GRAMMY® Award nomination in the category of " Best Metal Performance" for "Identity."
The momentum increased with the arrival of Phantom Anthem in 2017. Marking the group's fourth Top 20 debut on the Billboard Top 200, it paved the way for their second "Best Metal Performance" GRAMMY® nod for "Invisible Enemy." The record ushered their career streams past the 100 million-mark as it earned four-out-of-five stars from the likes of Alternative Press and Kerrang! Between sold-out shows worldwide, ABR continued a 15-year tradition of holiday shows by launching the Christmas Burns Red Festival.
Now, their 2020 eighth full-length, Guardians, sees them not only preserve but perfect their DNA-distinct and definitive sound. 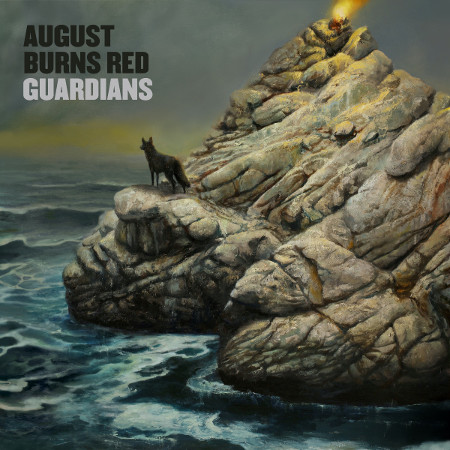