When Finnish sextet NIGHTWISH announce a new studio album people tend to take notice. They know that something special is brewing. Band leader Tuomas Holopainen once said that whenever he creates a new record he has the intention of capturing something rare and unique, a monument and a true album experience. In 2020 he’s certain to achieve his objective once again. NIGHTWISH have completed the recordings for their 9th studio album and are proud to announce the title, artwork and tracklisting. ‘HUMAN. :II: NATURE.’ will be released on 10th April 2020. The long-awaited record, following 2015’s critically-acclaimed ‘Endless Forms Most Beautiful’, will be a double album containing 9 tracks on the main CD and one long track, divided into eight chapters on CD 2.
‘HUMAN. :II: NATURE.’ was recorded from August to October 2019 at Röskö campsite, Petrax Studios and Troykington castle, as well as Finnvox Studios, by Tero Kinnunen, Mikko Karmila and Troy Donockley. The mixing was done by Mikko Karmila at Finnvox, with Tuomas Holopainen and Tero Kinnunen. Mastering was done by Mika Jussila at Finnvox. 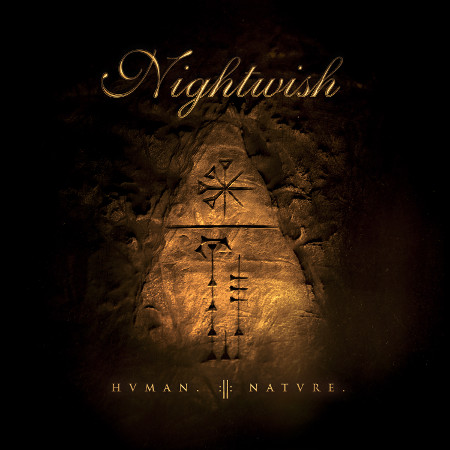 More in this category: « DIABULUS IN MUSICA POWERWOLF »