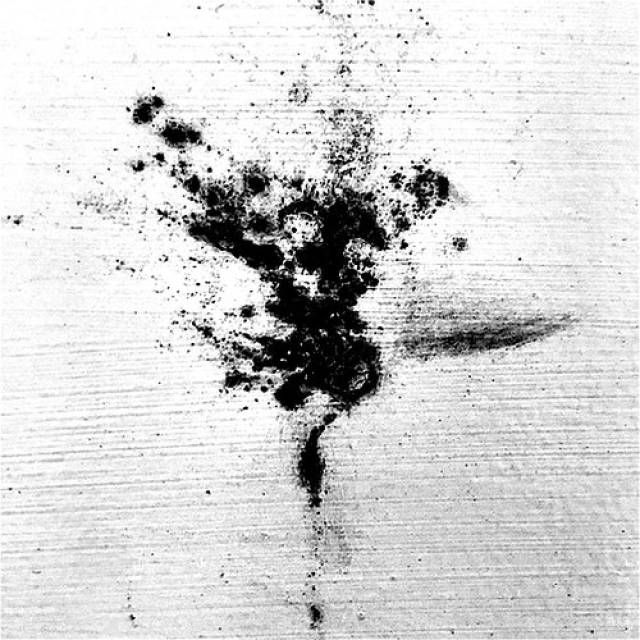 Debut album "The Burden To Become Fact" out  on July 5th!

Brooklyn, New York-based DETACH THE ISLANDS will deliver their debut full-length release, The Burden To Become Fact, through Dental Records on July 5th.
DETACH THE ISLANDS’ The Burden To Become Fact assaults the senses with technical, and emotive guitar work that often avoids genre norms, up front and filthy bass that glues the band together, desperate, cathartic, and raw screams, with a foundation of deadly precise, dizzying, and expressive drumming. The lyrical subjects range from politics to relationships, from living with Crohns Disease to the state of digital media. Moments of beauty and release keep the listener from getting battle fatigued from the predominantly discordant songs.
With a stage presence to beware, the group’s aim is to push extreme punk music into rarely treaded discordant territory and sidestep the well-treaded paths of the genres it works within. DETACH THE ISLANDS’ The Burden To Become Fact unloads blasting chaos which melds elements of dizzying high-tension music fans of The Dillinger Escape Plan, Pageninetynine, United Nations, Cerce, Glassjaw, and Combatwoundedveteran will want to hear right away.
Masterminded by drummer Emmett Ceglia, DETACH THE ISLANDS delivers a dissonant barrage of hardcore, powerviolence, and screamo. The quintet spawned after the dissolving of math/prog-metal outfit, Autocatalytica, and so Ceglia struck out to forge his own path in heavy music. While on stage he is just the drummer, behind the scenes, he is the nerve center of the group writing just about every note and lyric. However, DTI has since evolved from its one-man-project origins into a fully-fledged hardcore machine with some of the Brooklyn scene’s best joining in the cathartic fury. Guitarists Jay Kohler (Juan Bond, Semaphore) and Siddhu Anandalingam (Juan Bond, Semaphore), bassist Eric Messihi (For Sleeping Or Jumping), and vocalist Ashley Levine (THIN, ex-Mary Todd) round out the lineup.
The Burden To Become Fact was written and produced by Emmett Ceglia, with additional lyrics on “Culture Architects” by Dan Kelly. The bass and drums were recorded by Dominic Nastasi at Vudu Studios, the guitars recorded by Siddhu Anandalingam at Si Doux Studios, and the vocals recorded by Emmett Ceglia at Dental Records HQ. The record was mixed by Ceglia at Dental Records HQ, mastered by Alan Douches at West West Side Music, and completed with artwork by Ceglia.

More from the band:
Trust the process is the mantra behind making this record. All of these songs are first written in MIDI, then onto sheet music, and then learned for real. These songs are old, some even older than the current line-up by multiple years, and both scheduling and DIY recording (budgeting) makes the timetable warp on a long arc. Regardless though, here we are - a sonic brick to the head we are all proud of.
This record is more sandblaster than sledgehammer, and it’s more focused on compositional mayhem than riffage. There aren’t many riffs to speak of, at least not in the single-note sense. The bass does most of the “heavy” lifting, freeing up the guitars to focus more on creating a heinously colorful atmosphere. There certainly some shreddy moments for though like on “Love Is the Miracle We Fabricate” for the guitars or “Refugee Anatomy” for the drums. The bass is up front and in motion throughout the entire album only following the guitars exactly for key big moments.
Flashes of beauty also dot the record with “Placebo” acting as an eye of the storm right in the middle of the track list. It’s just long and interesting enough to stand on it’s own but doesn’t wear out it’s welcome, bringing you right back to madness as “Refugee Anatomy” begins. The band also evokes their desperate screamo (skramz) side on “You Are the Ghost’s” middle section which serves to break up the song’s otherwise ferocious bookends.
TBTBF is a culmination more than it is a snapshot, a realization of an effort to push hardcore forward in its own way. Fans of the styles DTI implements will be in recognizable yet fresh sonic territory. Or, put another way, listeners can see where this comes from but good luck to them predicting where it’s going. “The Burden to Become Fact,” sees those aims realized in 27 minutes of dissonant fireworks.
The artwork is definitely up for abstract interpretation. Although, Eric’s been quoted as saying that, “It looks like someone who’s just been quartered,” and we all nodded in brutal agreement. 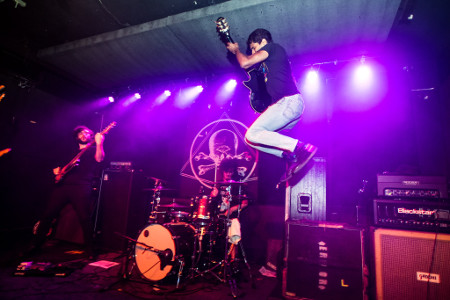