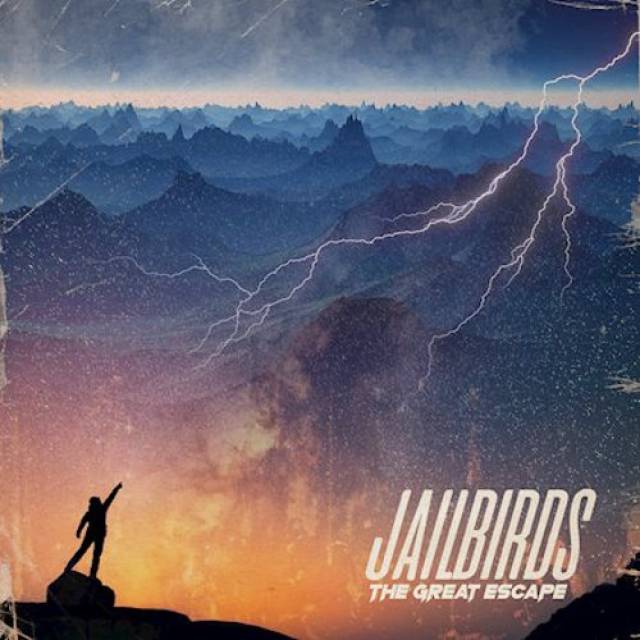 Debut album "The Great Escape" out on July 5th!

Statement from Jailbirds about their album: "This is our debut album: “The Great Escape”.
First of all we’d like to thank our sound engineers Danny Bochkov and James Duke, having put countless hours towards making this album sound the way it does.
This album represents endless hours of hard work and a mountain of ideas converged and narrowed down to eight tracks. The Great Escape is a fitting name for what we are going through as a band, the desire to escape being at the bottom of the pit only starting in this gigantesque musical realm that exists today. It’s about the challenges that a band faces in its beginnings, the frustrations and the barriers you encompass, the journey of wanting to rise up, going from unknown to known and all the exterior negativity that accompanies it.
This album takes those challenges head on under the form of what we see as pure hard rock. Although The Great Escape deals with these struggles, it was also written purely for the love of music and the hard rock genre. It’s a style of music we all grew up with and can identify with, a form of music therapy to our ears. The album is an amalgam of our blues influences which shines on tracks such as Shadow of Love and Underdog, colliding with our heavier material such as The Great Escape and The Pilot.
Whether you’re a fan of hard rock, a member of a band trekking through the early stages of building something, or an individual completely unbeknownst to this style of music whose curiosity peaks ever so slightly, this album could be for you. We’re a band consisting of four guys writing music we love and contributing towards establishing the new age of rock n roll, paving our own journey into the unknown, so crank up the volume, stick the speaker to the wall, and shove some hard rock down your neighbour’s throat, cause this album is dedicated to them".
Jailbirds are an Australian/Irish hard rock band based in Dublin, Ireland.
The band is composed of four members, Axel McDonald, lead vocals and lead guitar, his brother Jay McDonald on drums, both of whom are the founding members originating from Sydney, Australia. Completing the raw and powerhouse sound of Jailbirds are Irish rhythm guitarist Ed Orr and bass player Jamie Trimble.
The band produce a unique, dynamic, energetic and explosive sound defining a new generation of hard rock thanks to a healthy appetite of Australian powerhouse rock bands such as AC/DC, Airbourne, Rose Tattoo and legendary Irish rockers, Thin Lizzy. Their high-energy live shows are a testament to the bands growing reputation and intend to leave no stone unturned when it comes to giving 100% in just about everything they do.
Following the release of their 2016 debut EP “BREAK THE SILENCE” which saw the band gain instant airplay in numerous countries such as the Australia, Germany and the United Kingdom, as well as features in esteemed publications such as “Classic Rock Magazine”, the band were signed by Golden Robot Records (Dizzy Reed of Guns n’ Roses, Kings X, Rose Tattoo) in August 2018 and are currently working on their debut studio album, which is set for release in July 2019.
Having shared stages with Tyler Bryant and The Shakedown, The Answer and Anvil, Jailbirds
will be gearing up for a multitude of live dates which will be announced in early 2019. In the meantime, the guys will continue to spread the hard rock n’ roll gospel far and wide
Jailbirds are: Axel McDonald, Ed Orr, Jamie Trimble, Jay McDonald 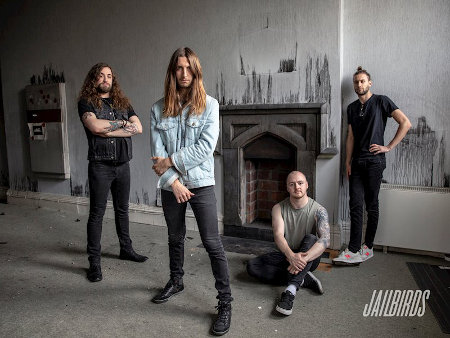 More in this category: « BLACKSTAR REPUBLIC WHITE BOY AND THE AVERAGE RAT BAND »