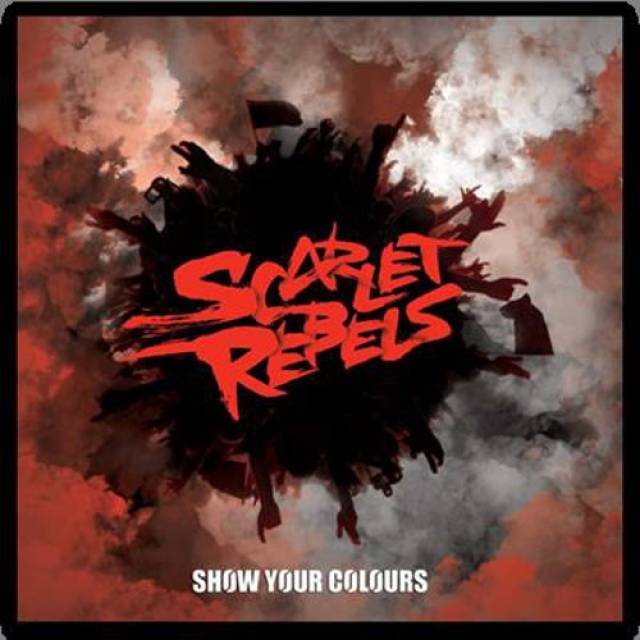 Debut album, "Show Your Colours", out on August 9th!

"Show Your Colours" is the debut album by SCARLET REBELS, showcasing an array of songwriting talent, coupled with real sonic weight making it a stunning record from start to finish, never losing the focus that the song always needs to be served best. With the expertise of Tim Hamill (Lemmy, Girlschool, George Michael) controlling the desk, the recording process started with drums and rhythm guitars before then handing over to the rest of the band to put their stamp on the songs. The outcome was 14 songs of soaring melodies, anthemic choruses, blistering guitars and heavy-duty drums. Taking inspiration from the political situation across the world. SCARLET REBELS prove on this album that songwriting, melodies, guitars, solos, bass and drums won’t ever go out of fashion. Scarlet Rebels are on the march!
Melodic classic rock band SCARLET REBELS were formed from the foundations of rock band V0iD. Singer songwriter Wayne Doyle, energetic and powerhouse drummer Gary Doyle and harmonic, rhythmic bassist Wayne ‘Pricey’ Esmonde were joined by blistering lead guitarist Chris Jones and on second guitar/keyboards, Josh Townshend, who has rock royalty flowing through his veins, being the son of The Who guitarist Simon Townshend and the nephew of rock icon Pete Townshend. 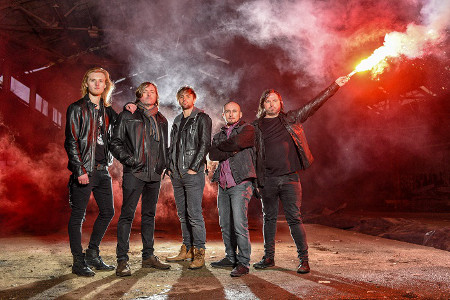