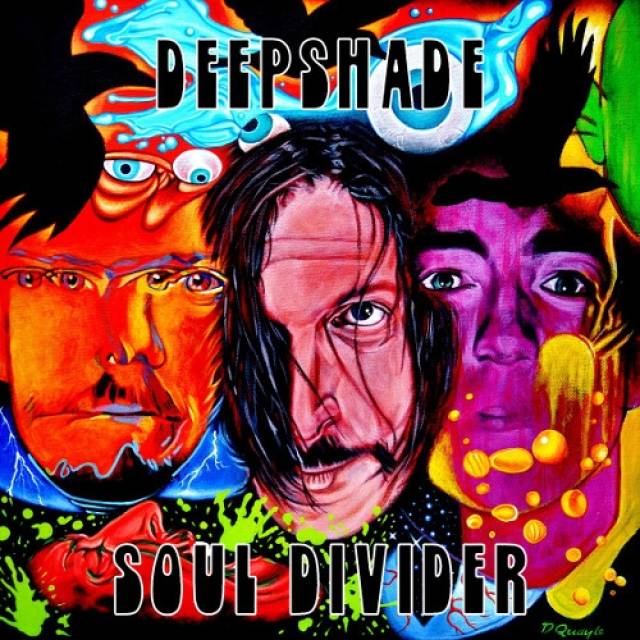 Hailing from Wigan in the North West of England (UK), Deepshade are steadily gaining recognition for their formidable and uncompromising grungey alternative-psych rock identity that draws from the fundamental elements of influential artists such as Nirvana, Queens Of The Stone Age, Led Zeppelin, Black Sabbath whilst incorporating aspects of The Doors , Soundgarden , Pink Floyd amongst many many others. Forming in late 2013 by David Rybka (Vox/Guitar), Tom Doherty (Bass) and Paul Barlow (Drums) the eclectic trio mutually aspired to create a genuinely sonic experience that delivers something fresh to the British music scene. With an established following throughout England's northern territories, cultivated by a flurry of explosive live shows, Deepshade were brought to a wider audiences through airplay support from BBC Introducing and a plethora of alternative radio stations within the UK, Europe and USA.  Despite the band still being relatively in its creative infancy, Deepshade were soon to be recognised by the broadsheet publication 'The Guardian' as one of the 'Hot Top Ten Unsigned British Bands To Check Out'. The off-kilter rockers soon after progressed things further by signing with independent UK label/management Ambicon Music Group. In early 2015 the band unearthed the potent and free download single 'Tattoo' from their soon to be released debut album. Premiering on Krank TV and enabling the band to secure expose from rock media platforms around the globe, Tattoo delivered a calling-card from Deepshade that they had firmly arrived on the planet with some serious potential. Leading on from the release their 'The Line' video single, the eagerly awaited 'Everything Popular Is Wrong' was released in Sept 2015 via Ambicon Records. Recorded with producer John Kettle and mastered by Fran Ashcroft, the album features 10 colossal tracks that are a call to arms for music lovers who are absorbed by gritty rock akin to Kyuss and Led Zeppelin. From the opening snarling riff attack of 'Time' to the infectious and angular assault of 'Sad Sun' - the album shouted out to the world that the trio were capable of tastefully flirting with the margins of everything from post-grunge to stoner rock to 60s psychedelic to heavy metal. Drawing attention from mainstream rock publications - Everything Popular Is Wrong' earned positive attention from PowerPlay and Classic Rock Magazine. The latter featuring 'Sad Sun' on their cover mount 'Rock Revival' compilation CD. With drummer Paul Barlow  departing on amicable terms the band forged on, Deepshade welcomed their new ally and now full-time member Chris Oldfield into the fold. Along side the many years of actively gigging around the UK venue circuit,   Deepshade have a number of festival appearances under their belt, including  Psychedelic/Space Summer Rock Solstice and Rockmantic Weekender. Commencing the process of writing and recording a new album, again with producer John Kettle - Deepshade have evolved as a unit and push the boundaries of their own sound. Adding another sonic angle to the new songs with the addition of Francis Lydiate on Keys in the studio as well as Mr Rybka playing some too. , Deepshade proclaim that there new album is delving deeper into heavier psych-rock dimensions. As 2019 unfolds Deepshade have now joined the roster of the behemoth rock/metal specialist label 'WormholeDeath Records (Italy) and are ecstatic at making a new record in 2020.

More in this category: « THUNDERFUCK & THE DEADLY ROMANTICS GEISTAZ` IKA »