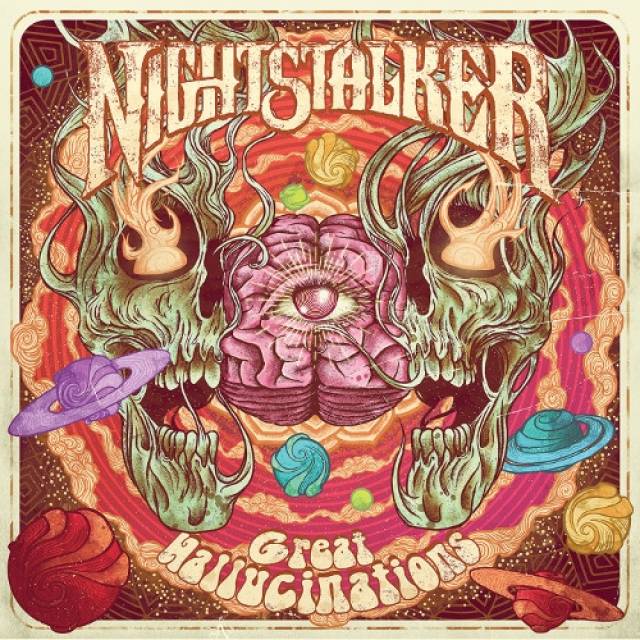 The legendary stoner rockers are back! One of the first bands of the genre present their 8th album after their first EP (SideFX) back in 1994 (the grunge rock era). This time the album hits directly to the soul. 8 new tracks which are different to each other, combining groovy parts with heaviness and melodies. The guitars are still heavy but spacey and psychedelic at the same time. The bass is always groovy with intense playing. All together with a lot of catchy melodies and the power of Argy’s vocals are the secret of the music of Nightstalker. Raw rock 'n roll simplicity, stunning riffs and electric haze are what have kept the band going for more than 20 years. Produced by Nightstalker again and this time it is recorded and mixed at ‘Wreck it Sound Studios’. Listening to Nightstalker you can figure out why Greece is the perfect country for stoner rock bands and why the Greek stoner scene is one of the greatest worldwide.

More in this category: « WORMED UNSLAVED »