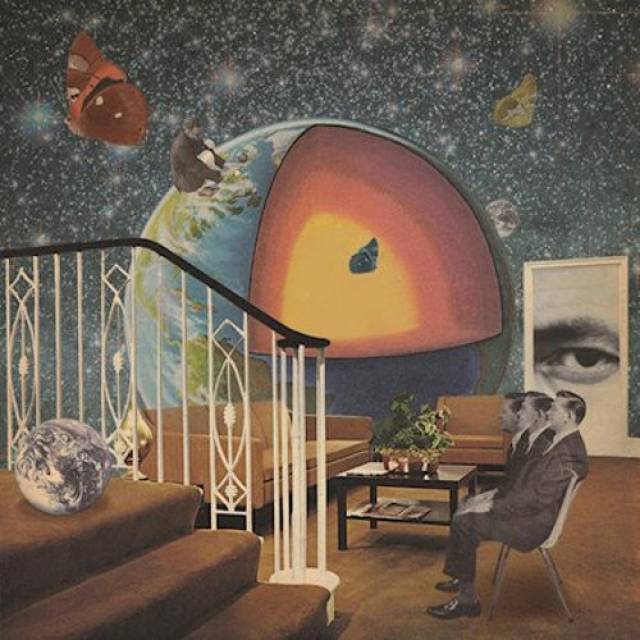 Thank You Scientist is an eclectic and vibrant progressive rock band from New Jersey. Their upcoming album, Terraformer, sees the boy-ish septet at their most ambitious and most unpredictable. The band has taken their experimental, genre-bending sound to the next level by delivering an extremely ambitious and constantly stimulating 84-minutes of experimental rock and roll music.
Guitarist Tom Monda about the album: "This album probably features some of Sal's most personal lyrics, juxtaposed with some far reaching and topical stuff that is new for us.  There are conceptual threads linking the music and lyrics but we prefer that the listeners discover and interpret them on their own. Terraforming in really general terms is taking a planet or some type of celestial body and making it inhabitable for humans. I thought this was a fitting metaphor for the band, in terms of the changes we had gone through in the past two years.  I felt totally creatively renewed, and I think scope of the album speaks to that."
Founded by guitarist and bandleader Tom Monda, the band self-released the Perils of Time Travel EP in 2011, before signing with Claudio Sanchez's label Evil Ink Records. Their 2012 full length debut, Maps of Non-Existent Places made it onto the Billboard Hard Rock and Heatseekers charts, and was eventually named “Album of the Week” by Revolver Magazine in 2014.
Terraformer is the band's second studio release on the label formed by Coheed and Cambria’s Claudio Sanchez and is the band's most ambitious to date. The album features more than an hour and 20 minutes on a 2-disc set.
Terraformer was recorded at The Barber Shop in Hopatcong NJ and engineer Mike Ferretti's studio in Ringwood, NJ. Main songwriter and guitarist Tom Monda oversaw production, along with contributions from the band.
The front cover was designed by Templar, who also designed the album art for the group’s previous record Stranger Heads Prevail.
"We're really excited about this new album. We've put in so much work into this limited bundle to make sure it's perfect, and we hope our fans agree and help us crush our release week. We're a bunch of weirdos making music for weirdos that still care about weird music, and I think that's a beautiful thing." - Tom Monda
In addition to Tom Monda and vocalist Salvatore Marrano, the album marks the first recordings of the Thank You Scientist's new lineup, which includes Joe Fadem on drums, Sam Greenfield on Sax, and Joe Gullace on trumpet. Thank You Scientist has spent the past several years touring internationally, both as headliners and as direct support for acts such as Coheed and Cambria, Periphery, Haken, Protest the Hero, the Devin Townsend Project, and Tim Allen.
“The new members were all guys that myself, Ben, and Cody play with in Cody's band ‘We Used to Cut The Grass.’  They were all a big part of the writing and arranging process for this album and I feel very lucky to be in a band with them.” - Monda
In only a few years Thank You Scientist have created a loyal and dedicated following with their unique style and indescribable sound through the albums Maps of Non-Existent Places (re-released in 2014), and Stranger Heads Prevail (released in 2016 via Evil Ink Records). “Terraformer,” will be out June 14th on Evil Ink Records.

Rate this item
(0 votes)
Tweet
More in this category: « DEFLORE MASTERS OF CEREMONY »