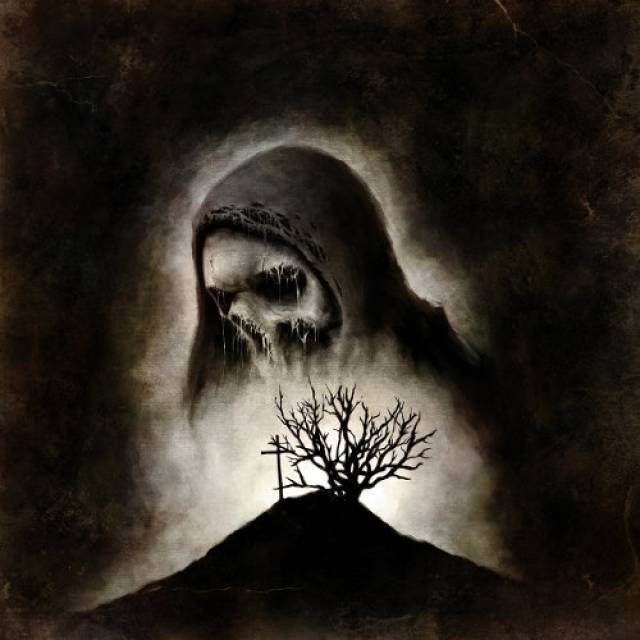 New album "Rotting Carcass Arise Upon The Burial Mound" out on June 6th!

Repent, the end is near, and sonic hell is soon to be unleashed again with eight new, ungodly anthems to death and extinction - Płock, Poland based Kingdom return with "Rotting Carcass Arise upon the Burial Mound". No fallacy, no poseurism, no post-isms, just pure epitome of death metal, with a bunch of its unrelenting disciples bowing and paying homage to the ancient godz ov war, blasphemy and death! Gnarly and ghastly, putrid, grinding and crushing, pummelling and bone-breaking, devastating metal of death, surpassing everything the horde have released to date. Plus, as 'tradition' has it, a cover - Kingdom's take on Samael's "Baphomet's Throne". No cross unturned, no prisoner taken, just sonically lobotomised and mutilated bodies piling up a burial mound...
STH reveals the message of the new opus: "And I looked, and beheld a pale horse: and his name that sat on him was Death, and Hell followed with him." And I saw, and beheld a white horse: and he that sat on him had a bow; and a crown was given unto him: and he went forth conquering, and to conquer. We are Kingdom. We speak Death!"
The material was recorded at Garaż Studio, the whole production was handled by MateuSz, and the album cover and layout were created by the ever-astonishing Maciej Kamuda. 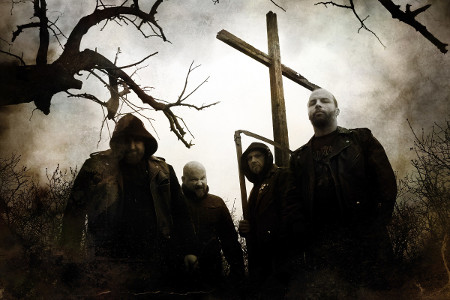