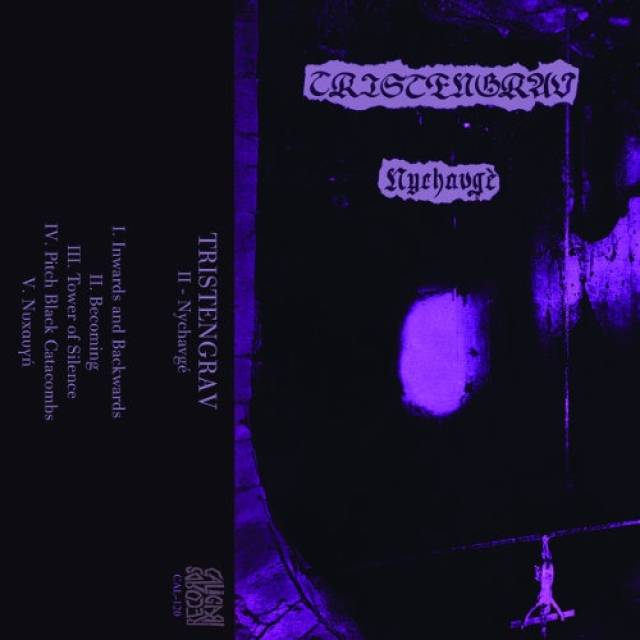 Caligari Records sets June 22nd as the international release date for Tristengrav's striking second demo, II - Nychavge, on cassette tape format.
Tristengrav hail from Patras, Greece and released their first demo, Incendiarism of Nous, in 2018. Now, roughly a year later comes Nychavge, a four-track (plus one outro) recording featuring their unique blend of black metal with gothic rock. Imagine GISM crossed with Rozz Williams-era Christian Death or later Anti-Cimex covering Mighty Sphincter and you have some glimpse into the ever-growing madness that is Tristengrav...
"We've been a band almost two years now," the band explain. "All songs were written during a very misty period of time, where the only goal was to dive headfirst into a pulpit of negative/dark visions and coming back with the results and the metamorphosis at hand. Serious introspection is required, and the inwards and backwards motto is of utter importance as one of the main aspects that the lyrics lean towards is the process of becoming - a revelation and exaltation of bestial self, a primordial state that overcomes the omnipresent sinister side, yet without denying it, but embracing its fertile scourge."
Indeed do Tristengrav experience a sort of "becoming" on Nychavge - is a compound word that means the radiance of the night - whereby the grisly, greasy heart of very ancient black metal (we're talking the first three Bathory albums here) is ripped asunder and suffused with chaotically chorused lead guitars, emitting a sinister and spectral aspect intrinsic to classic '80s goth and deathrock. While that latter aspect certainly renders Tristengrav's creations more melodic than they have any right to be, they likewise render them utterly crazed and delirious, whipping forth a D-beating maelstrom straight into the grave...or the batcave.
"We chose to compose the songs in a more punkish way than the first EP," the band elaborates, "as we like to bastardize the genre in a way that it is more interesting to us. We'd like to have a more personal sound in black metal, but not getting away from its roots."
Sonically iconoclastic Nychavge may be, Tristengrav's heart still pumps the blackest blood: "Satan is also the Dionysian glorification of flesh, desire, ecstasy. Our way of saying that, aside from our opposition to the modern world of mundane trivialities and lack of spiritualism, there is this eternal symbol that feeds our primal flame, leaving us without an option of accepting defeat but with a proud struggle against the katechon."
Struggle no more and simply submit to Tristengrav's salacious and super-stylish onslaught. And they're only getting started with II - Nychavge! 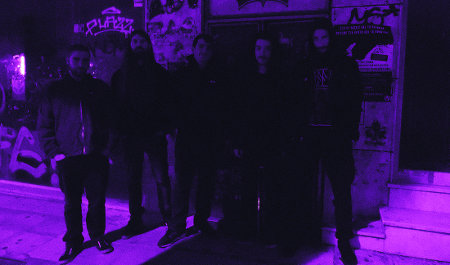