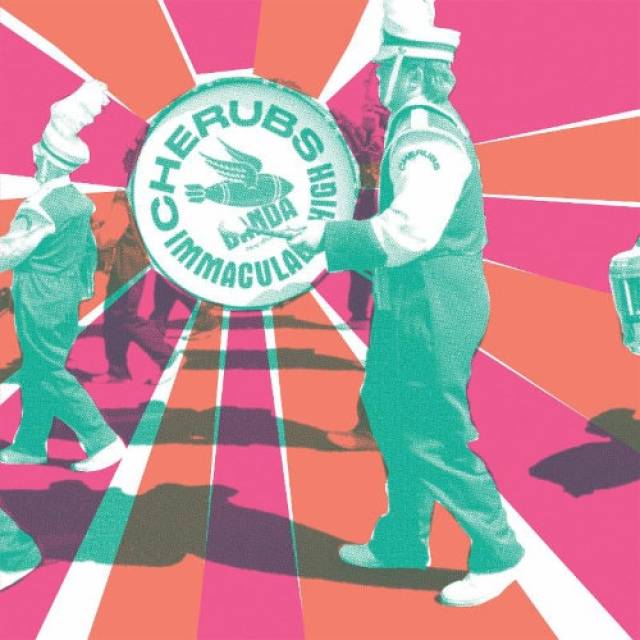 Rightfully hailed as "the noisiest pop music on the planet" by Pitchfork, Texas-based cult noise rock trio CHERUBS have been purveyors of sonic bedlam since their inception in 1991. After an unforeseen return to the scene from a two-decade hiatus in 2014, the CHERUBS have now joined forces with the equally revered Relapse Records for the release of their fifth full-length Immaculada High.
Recorded and engineered by Erik Wofford (Explosions In The Sky, The Black Angels, My Morning Jacket) at Cacophony Studio in their hometown of Austin with art by Connor Claver, Dayan D'aniello, and the band's own Kevin Whitley, Immaculada High is eleven tracks of signature CHERUBS clamor with an added twist of Texas-sized, psychedelic racket. Smooth, rumbling, low-end rhythms interplay with feedback drenched, chugging guitars, relentless tone and vocalist Kevin Whitley's shrill, life-of-the-LSD-party vocals. On Immaculada High, CHERUBS loudly proclaim their title as bonafide noise rock legends who continue to forge transgressive yet remarkably accessible punk for a jaded world.
Comments the band of Immaculada High, "This recording feels like the soundtrack to a movie about Mother Nature exacting dark revenge on the nasty homo sapiens. There's tigers and pigs and wolves crying out of eyes - oh my."

More in this category: « DESCENDENCY TRAUMER »