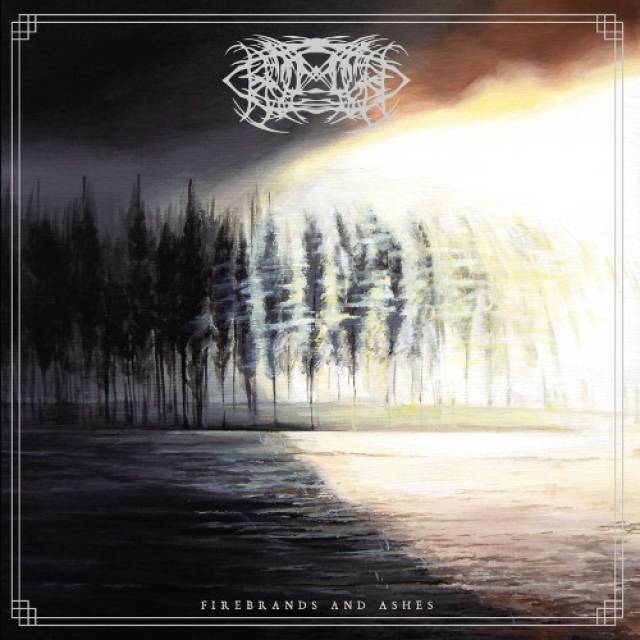 New album "Firebrands And Ashes" out on June 14th!

CROM DUBH were formed in London 2003 and released two demos before the atmospheric second-wave black metal EP "Deifr" in 2010, which channelled ancient myth and legend into a meditation on the rise and fall of civilisations. The band’s debut LP, "Heimweh", was recorded by J.C. Volgard (ex-Scythian, ex-Craven Idol) in 2015 and developed the themes established on "Deifr" by focusing on the life-cycle of the individual. "Firebrands and Ashes", CROM DUBH’s second full-length for Ván Records, chronicles the horrors of a world teetering on the brink of self-immolation, and the bloody chain of events that brought us to this point.
In pursuing the same course as ‘Heimweh’, ‘Firebrands and Ashes’ deepens CROM DUBH’s blend of epic second-wave black metal, infused with post-rock and drawing on the folk traditions of Europe and the Middle East. ‘Firebrands’ was recorded by Greg Chandler (Esoteric) at Priory Studios, avoiding the over-saturated, delay-ridden clichés of post-black metal in favour of the up-front, stripped down approach of old school grindcore production. ‘Firebrands and Ashes’ breathes life into the ghosts of the last dust, summoning spirits of the past and future to intone the threnodies of a dying world.
The album opens with ‘Boreal’, and the majesty of primeval forest, evoking the vast wooded landscapes of the primordial earth, and echoing Stravinsky’s ‘Rite of Spring’.
The title track, ‘Firebrands and Ashes’, plunges the listener into the turmoil of Gilgamesh and Enkidu after the killing of the forest guardian Humbaba, and follows the burgeoning of human arrogance in the subjugation of the earth.
‘Last Dust’ offers moments of grasping reflection – the wretched figure of the wizened human huddled in a shell-hole, desperately appealing to a hollow sky for redemption, yet finding none; ‘I have broken every bone in my fists pounding on the gates of Eden’.
Intent on self-preservation to the last, ‘Ram in a Thicket’ offers up the nearest sacrifice – anything but ourselves, drunk on the last dregs of imperialism and greed, bloated with self-revulsion, and idly thumbing the button of mutually-assured destruction.
‘Burning’ contemplates the gift and burden of Promethean fire, the spark of ingenuity that gave human animals the power to enslave the earth, but none of the wisdom to recognise the weight of our own ponderous chains.
‘Astride the Grave’ draws on the words of Beckett’s Pozzo on the condition of humankind; ‘they give birth astride of a grave, the light gleams an instant, then it's night once more’. Collapsing time past and time future into the singularity of the atomic moment, ‘Astride the Grave’ counts down to the post-nuclear epoch of Russell Hoban’s Riddley Walker; ‘o what we ben! and what we come to!’.
‘Endless Night’ sinks deeper into the yawning darkness of Edwin Muir’s ‘murder-haunted years’, the mire of the Anthropocene, and boneyards stalked by the unquiet spectres of fascism and genocide. After the agonies of the end times the forest rises once again, eternally green. 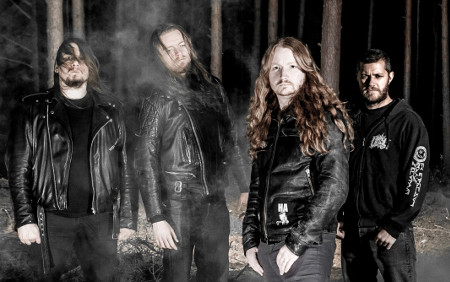