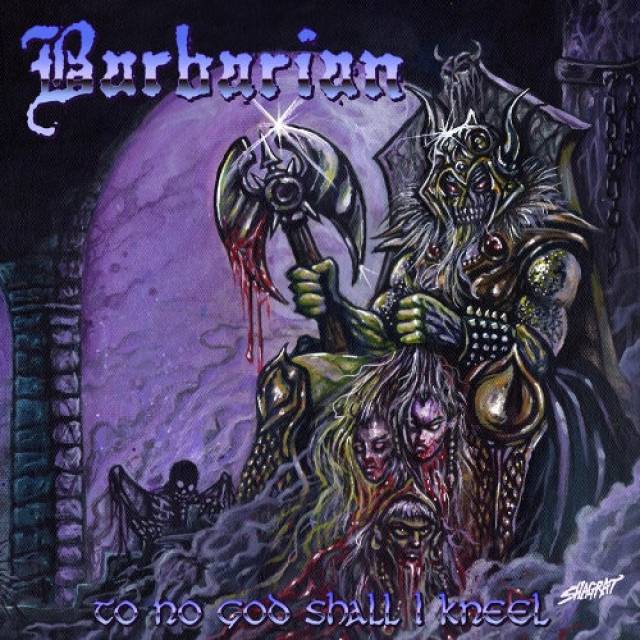 New album "To No God Shall I Kneel: out on June 7th!

Since signing with Hells Headbangers in 2016, Barbarian have truly hit their stride. First came their third album, Cult of the Empty Grave, which found the power-trio in fiery form, taking all the rudiments of their first two albums and exploding the band out of the underground. Then, a year later, came a self-titled 7", which offered an even rowdier take on their now-trademark blackened traditional metal. It also saw them touring the United States for the first time, spreading their dark gospel to untouched heathen shores.
Now arrives the ever-aptly-titled To No God Shall I Kneel, arguably the grandest distillation of the Barbarian aesthetic yet. Still deadly committed to the eternal riddle of steel, Barbarian's sound continues to find a unique balance between the ancient and the fresh, but without once ever stinking of falseness or modernity. Timeless to the very end, To No God Shall I Kneel takes that characteristically sweat-drenched symbiosis of early Running Wild and '80s Manowar, grinds it through the gravel of classic Celtic Frost, and finishes it off the panache of likewise-classic Venom. If the critically acclaimed Cult of the Empty Grave eclipsed such a hypothesis, then To No God Shall I Kneel goes further into the realms of ballsy boisterousness, unapologetically OTT and Alpha at every turn, and simply takes no prisoners nor offers any safe spaces. Cult of the Empty Grave spelled it out with the track "Absolute Metal"; here, Barbarian tell you in no uncertain terms that you're now dealing with "Obtuse Metal." Wanna pose? Leave the hall!
With cover art courtesy of Acid Witch's Shagrat, Barbarian continue to hail & kill, because To No God Shall I Kneel! 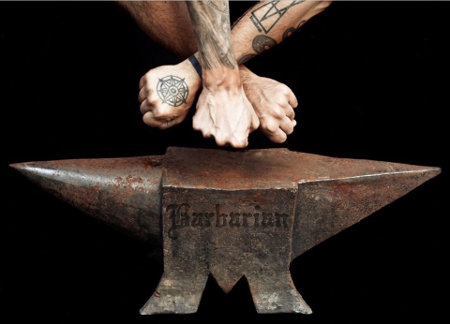