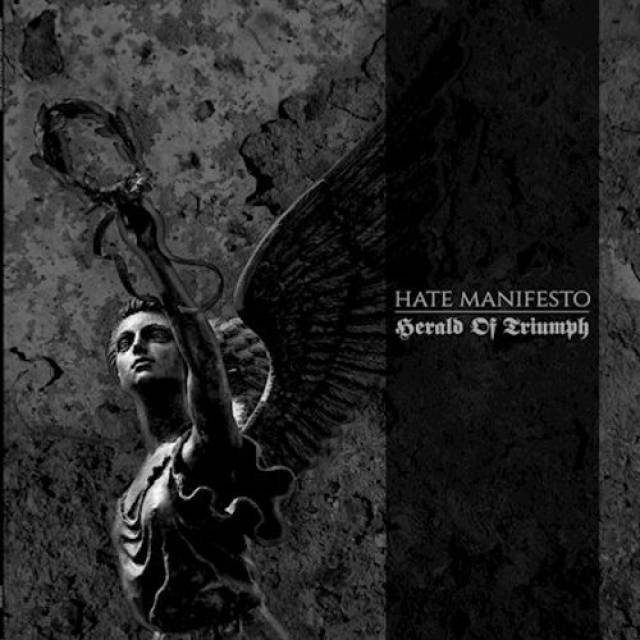 New album "Herald Of Triumph" out on June 24th!

Helter Skelter Productions (distributed & marketed by REGAIN RECORDS) presents a special new EP from HATE MANIFESTO, Herald of Triumph, on CD, 10" vinyl, and cassette tape formats.
One of Greece's best-kept secrets, HATE MANIFESTO formed in 2003 but, so far, have an extremely sparse discography. However, what they lack in quantity, they more than double-up on in quality. To Those Who Glorified Death, their debut album from 2017 - which HELTER SKELTER rereleased on a worldwide scale in early 2018 - displayed the shockingly extreme force with which HATE MANIFESTO could create their whirlwind of martial black/death. But with the aptly titled Herald of Triumph do they fully display the armament of their potential. Comprising four fierce 'n' fiery tracks in a swift 'n' decisive 17 minutes, Herald of Triumph is full-on shock & awe - CRUSH, KILL, DESTROY - with HATE MANIFESTO's chosen weapons being the iron-fisted surge of black metal and the muscular swarm of death metal, all rendered in rich, devastating tones. Simultaneously classic and modern, Herald of Triumph is the sign of your end!

More in this category: « SCHULTZ VICTIMS »