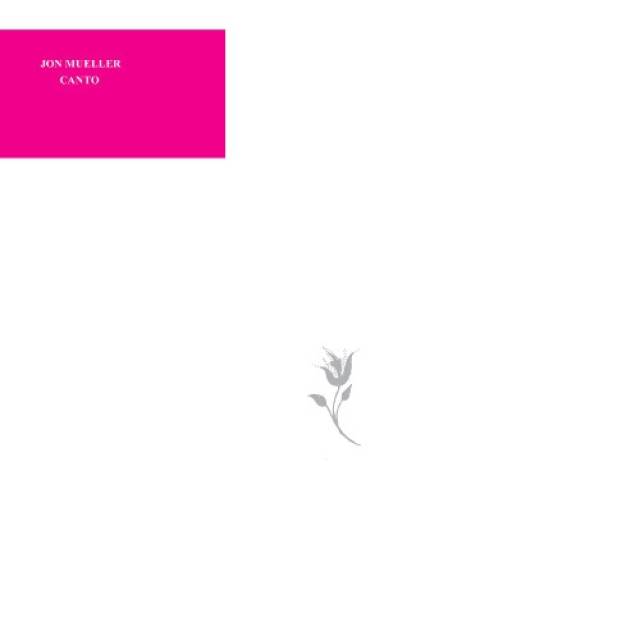 SIGE Records (operated by Aaron Turner of Hydra Head Records, SUMAC, ISIS, etc and Faith Coloccia of Mamiffer, Barnett & Coloccia, etc) is proud to announce the forthcoming solo album Canto by long time SIGE affiliate Jon Mueller, to be released on 7th June. Mueller adds to a thriving label of artists including Barnett & Coloccia, Black Spirituals, Nordra and William Fowler Collins​, who all released new albums over the past 12 months.
Jon Mueller is a multi-faceted percussionist, presenting his latest body of work in Canto for gongs, voice, and percussion. In his solo work that spans two decades, Mueller has embarked on a lengthy exploration of the timbres, the dissonance, and the physicality of repetition from his array of percussive instruments. Gongs had long been a part of his repertoire, but here on Canto he addresses their specific sonic attributes in conjunction with extended vocal techniques bolstered through his studies with the legendary NYC minimalists LaMonte Young and Marian Zazeela. In ruminating upon this shift in focus for Canto, Mueller explains that “The driving energy of drums is replaced by deep contemplation and wonder, questions, confusion, darkness and ultimately, calm.”
The three tracks to Canto — entitled “Oil,” “Wick,” and “Flame” — have their names taken from a Sufi text, representing parts that create a whole, just as a canto is a part of a longer poem. “Oil” is an expansive piece that builds upon frameworks that build gradual crescendos from his gongs through volume and complexity of frequency. This unfurls into an eerie yet beautifully rendered sound bath of metallic resonance and reverberation girded by slowly paced vocal melodies. “Wick” stems from Mueller’s lessons with Young and Zazeela. While his goal was not to become an Indian classical singer, he adopts those techniques in this vigorous concentration of sustained vocal tones for a piece that is as trenchant as it is meditative. “Flame” reprises the combination of gong overtones that amass out of a deep somatic chant. Canto stands as a bold, expressive album that follows a long line of avant-garde percussionists that include Eddie Prevost, Jason Kahn, Daniel Schmidt, and Christopher Tree’s Spontaneous Sound.
Mueller began his career in the ‘80s playing in punk and metal bands, before he began his research into unconventional and non-Western approaches to percussion. Concurrently, he performed in numerous post-rock ensembles including Pele, Volcano Choir, and Collections Of Colonies Of Bees. Mueller also operates the Rhythmplex platform that operates as a publishing house for recordings and literature as well as an host for live performance. 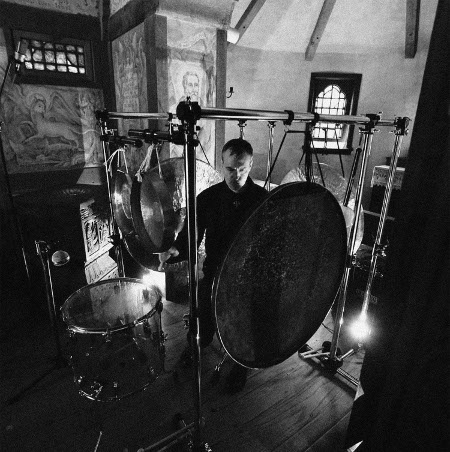