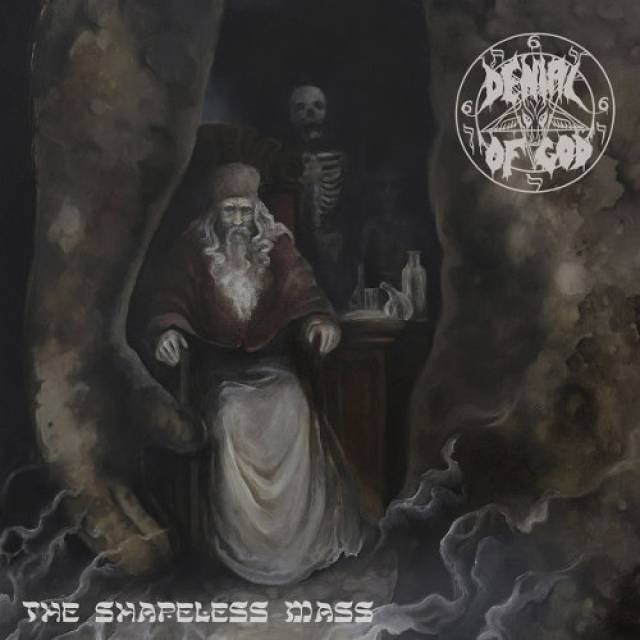 At long last, legendary black metallers Denial of God return with a special mini-album titled The Shapeless Mass! Set to be jointly released by Osmose Productions and Hells Headbangers on June 28th, The Shapeless Mass will be the long-running band's first new recording since 2012's Death and the Beyond. To say that it's highly anticipated and very long overdue would be quite the understatement!
By now, Denial of God should need little introduction. Since that fateful year of 1991, the brothers Azter and Ustumallagam have perfected an idiosyncratic style of black metal that's positively drenched in the supernatural and remains firm in their conviction of more classicist-styled songwriting. In fact, "black metal" might even be a misnomer; rather, BLACK HORROR METAL would be more accurate.
Nevertheless, as the years have gone on and they wisely parcel out their releases, each Denial of God record is special, and The Shapeless Mass is no exception. Arguably the band's most violent and intense recording, The Shapeless Mass takes the listener down many horrific paths - and epic ones, too, as the four-song mini-album totals 26 minutes! First up is "The Shapeless Mass," which will also feature on their upcoming third album, The Hallow Mass, and here tells the legend of the Golem of Prague. Next is "The Statues Are Watching," re-recording of the title track from the 1995 debut vinyl 7", now played with the power of the by-now-classic lineup of Ustumallagam, Azter, and Galheim but still remaining frighteningly close in spirit and feel to the original version. Honoring their roots, the band also deliver a reverential cover of Bathory's "Call From the Grave," but far more surprising is the cover of Exuma's "Mama Loi, Papa Loi": unusual, yes, but it still makes sense in the dark world of Denial of God and has been very much made their own here. 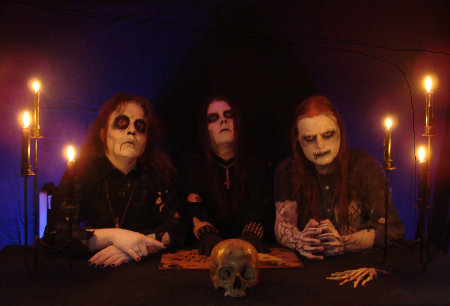