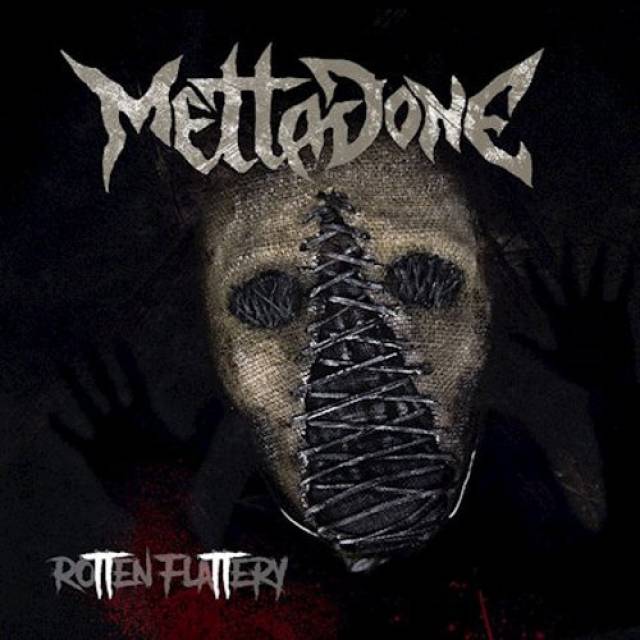 New album "Rotten Flattery" out on May 10th!

Hailing from Kharkiv, Black Metal capital of Ukraine, Mettadone was formed by the drummer and composer Evgeniy Shamarin in 2014 as gothic doom duo. After release debut album with help of sesion musicians year later, bass and guitar player were added to line-up and band played some shows in 2016.
But the real story begun in January 2017 when just before the show singer decided leave the band, so Evgeniy was forced took his vocals duties and change later his drum-kit for guitar. With new drummer band changed their musical direction towards death metal strongly influenced by classic European sound of mid 90th and such bands like Hypocrisy, Edge of Sanity and... Paradise Lost.
Recording of the new album "Rotten Flattery" was finished at the end of 2018 and now Mettadone ready to present their music to the listeners.