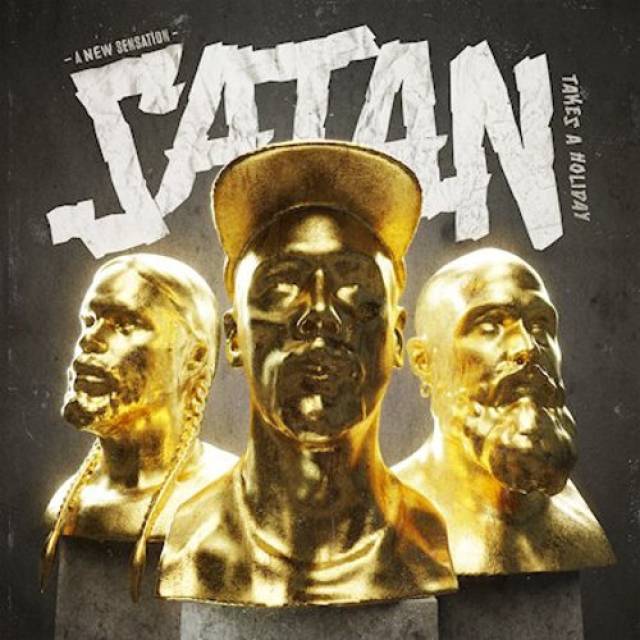 New album "A New Sensation" out on April 19th!

Addictive, straightforward, tough, ironic and dead serious. All at once. Satan Takes A Holiday grabs you by the neck and doesn't let go until you shake your butt to the point of beverage spill. With their mix of rock’n'roll, 60’s garage and 70’s groove as well as a clear love for the darker sides of modern pop Satan Takes A Holiday will make you move, and then move some more.
Playing shows and touring with the likes of Kiss, the Sonics, Mustasch, Juliette Lewis, Backyard Babies and Imperial State Electric Satan Takes A Holiday is now firmly held as one of the best live bands in Sweden and a fixture at festivals and venues around Europe.
After rigorously touring on the back of Aliens (2017) the band set aside the spring and summer of 2018 to conceptualize and write the fifth album, this time with both new and old friends and collaborators such as Patrik Berger, Royal Blood and Exit Electric.
Songs that formed the basis of the album were naturally steeped in the intensity of the bands notorious live performance, but this time alongside a reinvented simplicity and a broader palette of sounds and themes. Satan Takes A Holiday has always been about audacity, humour and energy, but within this framework there must be dancing of feet, shaking of derrieres, nodding of noggins and sexy moves all around.
Like previous albums, A New Sensation deals with themes both big and small by way of the bands peculiar mixture of humour and candour. While Aliens was more of a look inwards, A New Sensation deals primarily with the shock of the new. Old and new power structures, old and new angers, old and new fears, old and new men - all being challenged, questioned and made fun of.
Recorded in the Dustward, yet again with the band’s by now go-to producer Stefan Brändström, STAH’s fifth album is a tremendous show of confidence. This is a more mature Satan Takes A Holiday. More fearless than ever before. No holds barred. All high stakes. 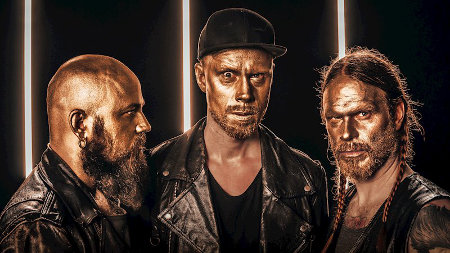 More in this category: « KORZO REDSCALE »