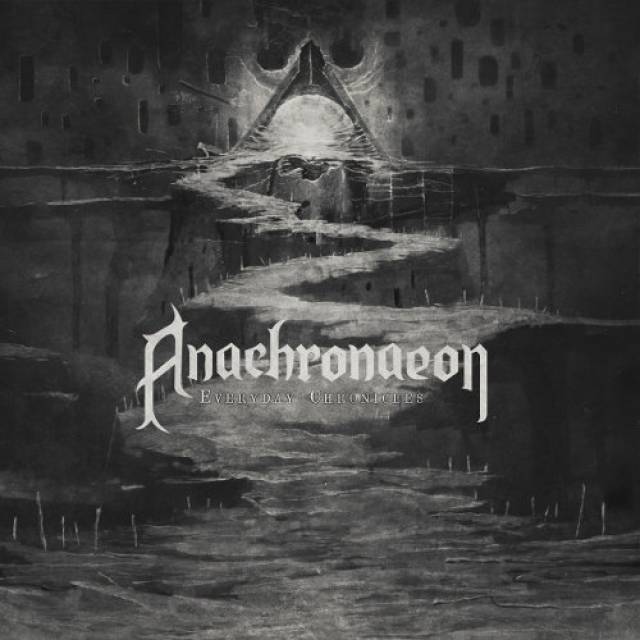 Anachronaeon began as Human Failure back in 2002, consisting of Andreas Еkerlind (drums) and Patrik Carlsson (guitars, bass, vocals, keyboards). They rehearsed and recorded 10 songs in 12 rehearsals, which later became the Human Failure demo.
The band then decided to make more serious music, and really work through the compositions. In 2003 Anachronaeon was born, and with Tales From A Hollow Eternity, the band's direction was laid out. In 2004 Anachronaeon was joined by second guitarist Mac. With this line-up Anachronaeon recorded As The Last Human Spot In Me Dies, which was released in 2004 as a demo. The band also performed live for the first time, opening for Katatonia. Kalle Ullbrandt assumed bass responsibilities for the concert, but was fired when Mac decided to leave the band. From then on Anachronaeon would remain a two-piece outfit... until later that is.
In late 2005 a Russian Anachronaeon fan asked the band's permission to promote them in his home country; at the time Anachronaeon were still unsigned. The band agreed and within two weeks Stygian Crypt Productions showed interest in the band.
As The Last Human Spot In Me Dies was re-released on July 7th, 2007 by Stygian Crypt Production as a full-length album with new cover art.
Anachronaeon remained faithful to Stygian to the end, releasing six album in total (The Ethereal Throne, The Oracle and the Keyholder) including the physical version of "Everyday Chronicles", that was the farewell album released for free for the fans as a split-up gift.