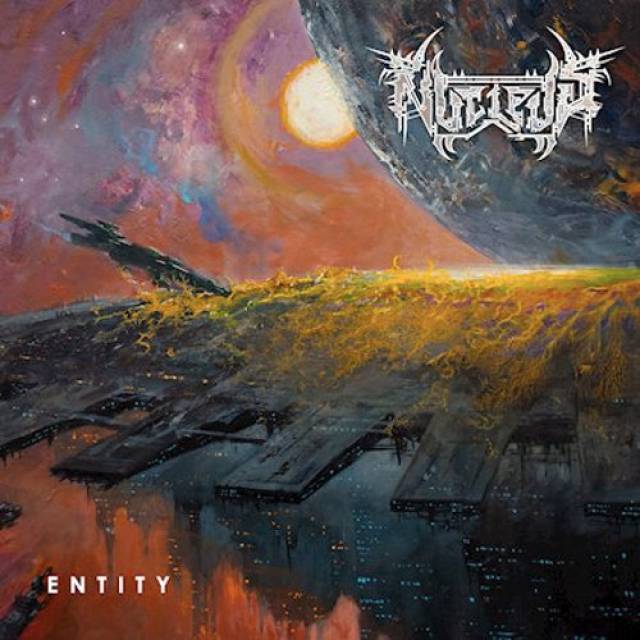 Descending from the outer reaches in 2012, the sci-fi death metal band Nucleus arrived with an armament of influences revered in the weirder corners of the underground: Timeghoul, Demilich, Adramalech, and so on. Following a series of demos and EPs, they released their debut album Sentient with Unspeakable Axe Records in 2016. Now, after three years and an intervening split release with Macabra, Nucleus has returned with a truly astonishing follow-up titled Entity.
At  eight tracks deep and nearly 40 minutes long, Entity is an atypical death metal album in almost every other way that matters. It finds Nucleus leaning harder into their influences, and following their own strange impulses, more than ever before. Riffs come and go in dense, syncopated knots of alien harmony; vocals are reverberated growls and sometimes drifting, almost subliminal clusters of eerie clean singing. With punchy, aggressive drumming and bass work, this is an album that never sacrifices the full-frontal assault side of the genre in its pursuit of the peculiar. But at the same time, it is a deeply peculiar album, uncompromising in delivering the auditory version of a hard science fiction novel.
With conceptual lyrics by the band and stunning 2-panel art by Adam Burke, Entity is bound to be one of 2019's most talked-about releases in the extreme metal realm. It arrives on CD, tape and digital platforms from Unspeakable Axe on June 14th, with a concurrent vinyl release from Me Saco Un Ojo Records in cooperation with Unspeakable Axe. Preorders begin shipping end of May. 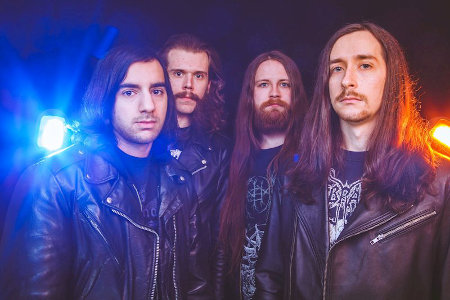 More in this category: « ALCOTOPIA DREADNOUGHT »