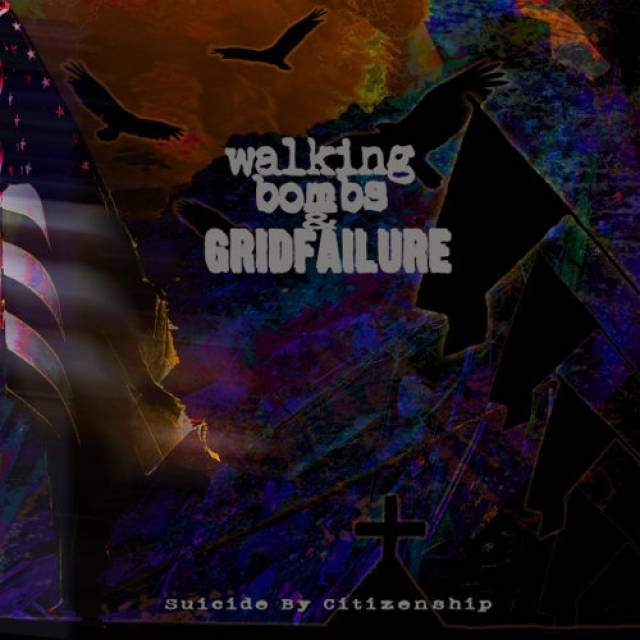 New album "Suicide By Citizenship" out on April 26th!

Nefarious Industries confirms the April release of Suicide By Citizenship, a fully collaborative musical experiment from Hudson Valley, New York solo outfits/collaborator magnets WALKING BOMBS and GRIDFAILURE. The album features guest contributions from a spectrum of artists from the likes of Tad, Brothers Of The Sonic Cloth, Kylesa, All Out War, Built To Spill, Globelamp, Full Scale Riot, Megalophobe, and more.
Incepted by WALKING BOMBS’ Morgan Y. Evans and GRIDFAILURE’s David Brenner who created the album with producer Jay Andersen (Surmiser), Suicide By Citizenship is an album created to challenge its own creators with the intent of combining sounds from two outfits located on polar opposite ends of the underground music spectrum. The record blends a wealth of genres into a dystopian alloy of improvised jams, rife with discontent for the contemporary state of American politics, and more specifically, the current administration’s actions and policies.
In 2016, Evans invited Brenner to collaborate on WALKING BOMBS’ “Demagogue,” an outspoken punk anthem aimed at our 45th president, to which GRIDFAILURE provided a backdrop of chaos and vocals. The unlikely pairing of acts on the track quickly became something both wanted to explore further, penning ideas for a fully collaborative release. They met in late 2017 at Bohemosphere Studios in Saugerties, New York, with studio owner and Evans’ musical counterpart, Jay Andersen. The three tore through several improv jams and that afternoon had a solid structure of what would become Suicide By Citizenship. Through several similar jams over the next few months with the three vagabonds each performing multiple instruments, additional material was recorded by Brenner at The Compound.
Additionally, a wide cast of additional musicians from around the country took part in one or more songs each, the album including contributions Thomas Andrew Doyle (TAD, Brothers Of The Sonic Cloth), Laura Pleasants (Kylesa, The Discussion), Mike Score (All Out War, Below The Frost), Brett Netson (Built To Spill, Earth, Snakes), Elizabeth Le Fey (Globelamp), BJ Allen (Full Scale Riot), Benjamin Levitt (Megalophobe), and more. The audio was mastered by Anderson and the record completed with artwork by Brenner.
Evans states, “Dave and Jay have been stalwart pals in the music scene of mine for ages, so it was awesome to capture this moment in time with them sonically, to say nothing of the other killer guests. This album to me represents people’s faith in the American Dream being exploited, ground up and spit out by gerrymandering, self-important Christo-fascists and unchecked capitalist greed. It’s a total farce to think corruption won’t run rampant in a society with no checks and balances.”
Brenner offers, “While our styles are vastly different, when we got into a room together and hit record things just happened organically. Three friends came in with the concept only; absolutely everything else musically and lyrically bloomed from that. Our planet is in peril, the party governing our country is a disgrace, tensions and turmoil amongst us are out of control, and we’re being divided further apart every day. This album is meant as a cumulative human cry for unification and progression, and a warning shot to the perpetrators.” 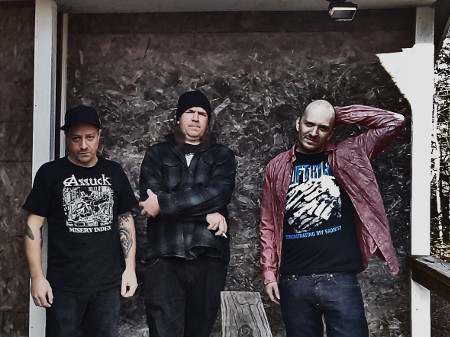