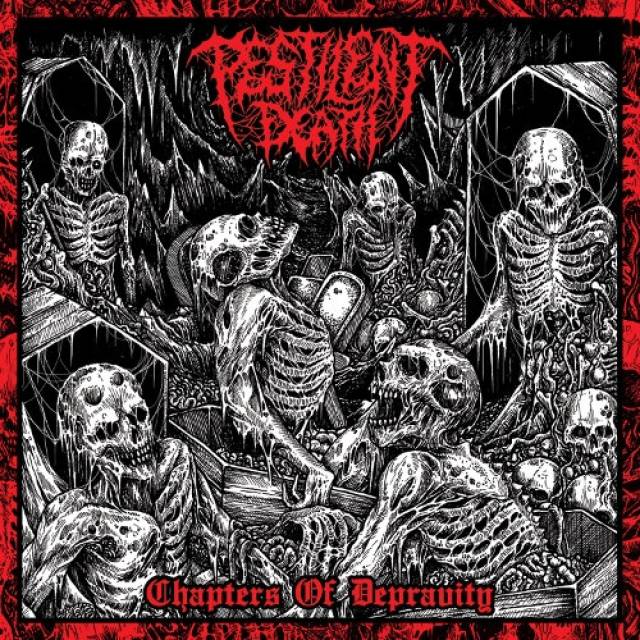 Blood Harvest Records, in conspiracy with Rotted Life, is proud to present Pestilent Death's highly anticipated second album, Chapters of Depravity, on CD, vinyl LP, and cassette tape formats. The CD and cassette versions will be released on April 5th while the vinyl version will follow on May 24th.
Hailing from Los Angeles, for nearly a decade now, Pestilent Death have pursued a stridently pure and pustulent form of death metal. Prolific and proudly DIY, this power-trio belched forth a debut album in 2016 that laid bare exactly what Pestilent Death is all about: Eulogies of Putrefaction. Now, armed with the support of Blood Harvest, they're prepared to vomit their next disgusting chapter.
Appropriately titled Chapters of Depravity, Pestilent Death's second album consolidates all the band's strengths to date and compromises not one fucking bit. As you'll hear across these eight individual chapters contained within, theirs is a filthy-yet-brooding style of TOTAL DEATH METAL - by death metal maniacs, for death metal maniacs - that succeeds through simplicity of design and absolute gutsfucking heaviness. The specter of early '90s Finland looms large across these Chapters of Depravity as well as the tendrils of influence the original Swedeath wave spread across the underground, but instead of offering slavish replication of yesteryear, Pestilent Death instead spit out a rottenly fresh take on pummeling putridity.
Suitably adorned with crypt-ic art courtesy of Vaizal Rotten Art, Chapters of Depravity is required reading for all fans of Pestilent Death and anyone into the truest Metal of Death! 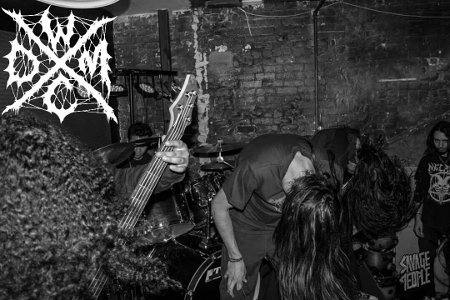 More in this category: « DEVOID OF THOUGHT GLOSON »