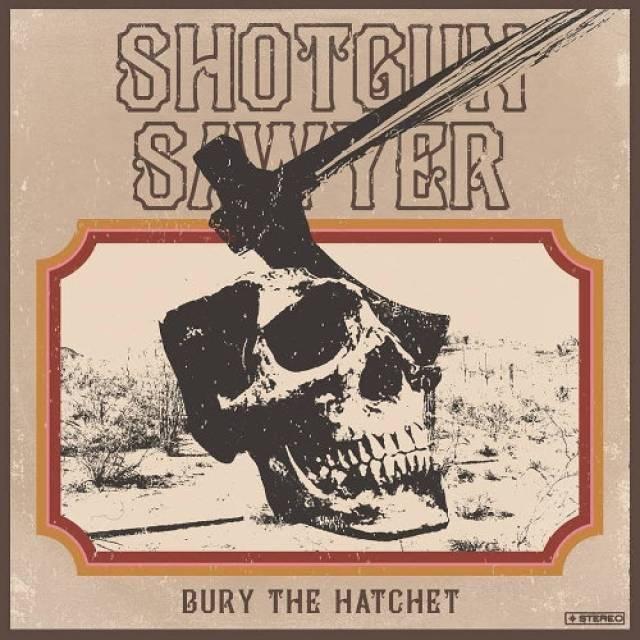 New album from the heavy CA blues trio out on April 19th!

Featuring David Lee on drums, Brett “The Butcher” Sanders on bass and Dylan Jarman on vocals/lead guitar, Shotgun Sawyer’s musical style is best exemplified in their heavy and authentic approach to that raw Delta Blues sound. With influences including blues masters such as Muddy Waters and Howlin’ Wolf, British Invasion rock ‘n’ rollers Led Zeppelin and Black Sabbath, and Seattle Grunge greats Soundgarden and Nirvana, their collaborative effort is the perfect synthesis of all generations of riff-based rock, past and present.
Brett and Dylan, having been friends since childhood, have played music together for nearly as long. Accepting an invitation a jam session in January 2015, experienced drummer David Lee proved to be the missing element t the vintage-style tunes Sanders and Jarman had always envisioned. In a single evening,  with the three of them sharing new ideas, possibilities and ambitions, something clicked;  just days later Shotgun Sawyer took the stage at a local open mic session. The result was thundering, passionate and unique mixture of big bass grooves, crunchy riffs and searing guitar solos, all underpinned by virtuosic drumming.
Since that night the trio have played San Francisco psych shows, Reno rock jams and everywhere in between culminating with a tour of European Continent last summer. And with Bury The Hatchet– the follow-up to their impressive 2016 debut, Thunderchief – the band aims to bring a new kind of energy to that classic rock swagger. As singer/guitarist Dylan Jarman elaborates:
“We are thrilled to announce that we’ve signed to Ripple Music, the world’s finest dealers in heavy music! For Bury The Hatchet, we teamed up with Cody Tarbell of the prodigious Slow Season at his Double Wide Studios to create the most raw, unfiltered, authentic record we could imagine. Recorded live, with absolutely no instrumental dubs, and using only analogue technologies, tricks, and tape, the result was the most honest presentation of our band possible.”