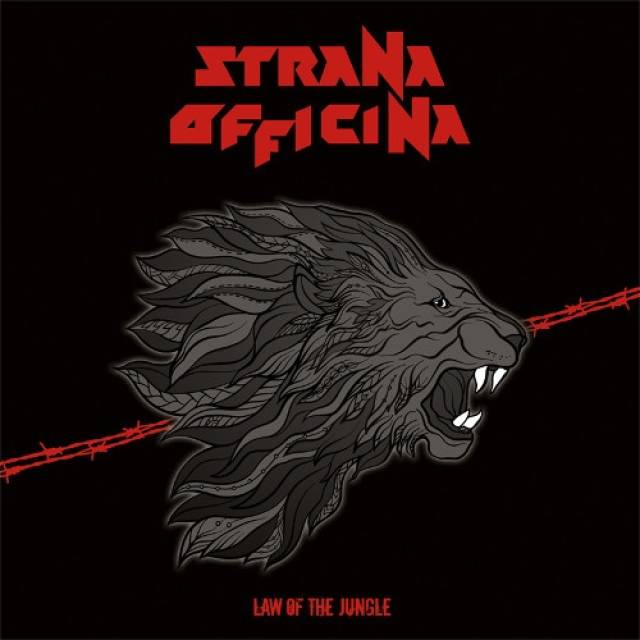 Jolly Roger Records is proud to reveal all the details of the new and awaited album of Strana Officina, one of the most popular Italian HM bands, thanks to a forty-years career and a tenacity, passion and devotion that made them stronger than the tragedies happened over the years. Only thanks to this strong love that ties Bud, Enzo, Dario and Rola to the Strana Officina monicker, unconditionally returned by the fans who have never stopped supporting them during all these years and all these miles around concerts that "Law of the Jungle" has a meaning and a reason to exist.
Strana Officina, from Livorno (Italy), has been active since the second half of the seventies, and its first album, the self-titled debut, out in 1984, is completely sung in italian, immediately showing a strong creative personality. The following years saw the release of two more albums, this time with english lyrics, "The Ritual" out in 1986 and the following "Rock'n'Roll Prisoners" out in 1988. Unfortunately the tragedy is around the corner and the two founding members, brothers Fabio and Roberto Cappanera, respectively guitarist and drummer, lost their lives one night in July 1993 due to car-accident. Also guitarist Marcellino Masi, from the line-up of "Strana Officina", soon disappeared. It seems like the end of a dream, but it is not like that. In the following years the band reformed for some commemorative gigs and recorded a demo-tape in 1995: to Daniele "Bud" Ancillotti (vocals) and Vincenzo "Enzo" Mascolo, bassist and founder of the band, join the cousins Dario and Rolando (son of Roberto) Cappanera, In the summer of 2006 the Strana Officina was called to play live as headliner to the "Italian" Gods of Metal (well-known HM festival, with a day only dedicated to italian bands) and is a triumph, the first true "engine" of a "truck" finally put back into motion. In 2007 they released "The Faith", the first official recording of the “new” Strana Officina, containing all the tracks from "The Ritual" and "Rock'n'Roll Prisoners" and also some unreleased tracks, never recorded before, but already well known in live performances. The whole album benefits of new life, the songs enjoy of a second youth, but still remaining very faithful to the originals. In 2010 it's time for the new album "Rising to the Call" and many gigs around Italy. After the reissues of the previous albums (remastered and including bonus tracks – Jolly Roger Records - 2014) and again many live-shows, in 2018 Strana Officina announces the production of a new album and meanwhile give to fans a new remastered edition of "The Faith" as the initial sound had never fully satisfied the band and available for first time on Lp and "Non Finira' Mai", featuring some unreleased and rare tracks. “Law of the Jungle” is the long-awaited new album from Italian legend Strana Officina, still rocking and kicking a** after over 40 years (!) 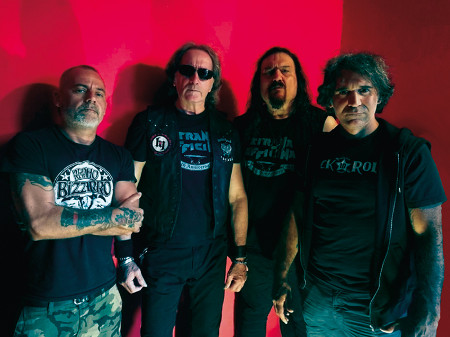