New album "A Storm Is Coming"!

Fans of Atmospheric Prog Rock will have something to look forward to on the 3rd of May, because that’s the date that Karisma Records will release “A Storm is Coming”, the latest album from BJORN RIIS,  also known as the co-founder, songwriter and lead guitarist of Norwegian Prog Rockers AIRBAG.
And, as a taster of what’s to come, Karisma have today released “Icarus”,  a single of a track from the album, and about which Riis had this to say:
“Icarus” is based on a chord progression that I had lying around, and which seemed to fit the more stripped down, rock production that I had in mind for the new album. The title refers to the old Greek tale about Icarus flying too close to the sun and getting burned. This hubris is translated to a relationship between two people where one is constantly being burned for trying too much.
I’m very proud of the vocals on this one and I think we managed to create a sound that’s, at least for me, a bit different to what I’ve done on previous albums. “Icarus” features Henrik Bergan Fossum (AIRBAG) on drums and Kristian Hultgren (WOBBLER) on bass.”
A follow up to 2017’s critically acclaimed “Coming Home” MLP, “A Storm is Coming” will be the third full-length album from Riis, and promises to be heavier, but at the same time more tender, than his previous releases. It is formed of six epic songs, clocking in at 51 minutes, and is built around the central themes of human relations and loss, written as a dialogue between two people.
Recorded at the Subsonic Society in Oslo, and majestically combining the art of rock, prog and atmospheric pop, “A Storm is Coming” was mixed by long-time collaborator Vegard Kleftås Sleipnes, and mastered by Jacob Holm-Lupo (WHITE WILLOW, THE OPIUM CARTEL).
In addition to Bjørn Riis on vocals, guitars and a wide variety of instruments, the album features performances by Henrik Bergan Fossum (AIRBAG) on drums, Simen Valldal Johannessen (OAK) on keys, Ole Michael Bjørndal on guitar, and Mimmi Tamba on guest vocals. 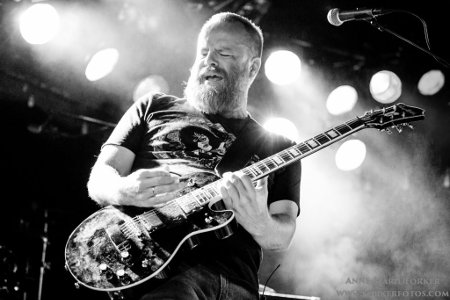 More in this category: « INVICTA BRIGHTDELIGHT »