New album "Restless Souls" out on May 17th!

The Swiss heavy metal veterans EMERALD present their 8th studio album “Restless Souls”. It is an evolutionary continuation of the last release "Reckoning Day" from 2017 and showcases the band as a stable unit in its best form ever.  The boys and girl remain true to their signature sound and offer once again a wide variety of styles on the album: There are groovy metal anthems like “Freakshow”, fast speed/thrash songs like “Digital Slavery”, “The Wicked Force” and “Heaven Falls Down”, epic melodic metal pieces like “Cad Goddeu”, “Valley Of Death”, “My Final Stand” and “Restless Soul”, a beautiful power ballad (“Set Me Free”), a swivel towards hard rock (“Superhero”) and a nod to Iron Maiden (“Son Of Sam”).
Lyrically, the album is very diverse as well: The topics range from fantasy and horror, politics and history to social criticism. Since the whole line-up of EMERALD was involved in the songwriting process right from the start, as opposed to the previous album, the songs on “Restless Souls” have a more compact, elaborated feel to them. The production was once more handled by legendary Swiss producer V.O. Pulver who manages to combine the warm sound of 80’s metal with the power of modern production standards. 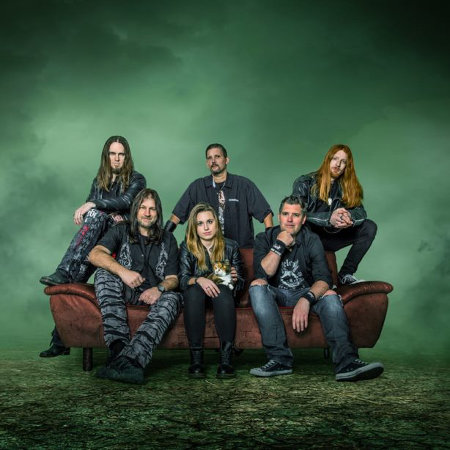