New album "Fight Till The End" out on April 26th!

Steel Night was born in February of 2017 in Durango México by Raúl Domínguez, Jahaziel Rangel and Alberto DeMartini. Steel Night is a Traditional Heavy Metal band, with classic sounds like the 80s years. In 2018 the band participated in the Wacken Metal Battle in Mexico, winning the first place and in that same year participated in Wacken Metal Battle in Germany. A lot of people are really surprised of this traditional and powerful played heavy metal band from Mexico!
Now it's time for the first full album "Fight Till The End", let the Metal flow! 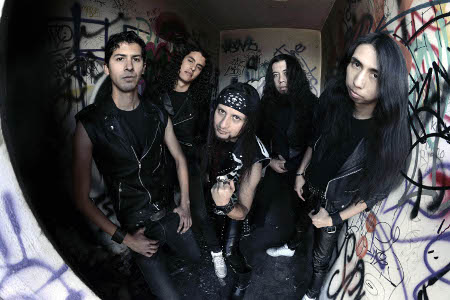