First Signal is the musical union between Harem Scarem band vocalist Harry Hess and Swedish drummer/producer Daniel Flores. Of their third collaboration together, Hess says, "once again it was a pure pleasure to be working on these songs. Daniel made it easy on me...just concentrating on being the singer is a luxury that I enjoyed immensely." Flores adds, "as a huge fan of Harem Scarem, I'm still asking people to pinch me to see if I'm still awake. Harry and his band made some of the most classic AOR and rock records ever, so I feel a responsibility to give the fans as close as possible to the quality that Harry continuously delivers with either his own solo work and Harem Scarem. Something the audience has certainly come to expect by now. I think the fans will love this one.”
Of the song songs on the record, Hess tells "there were three songs that I recommended to be included on the record. The first was “Born To Be A Rebel," which was a co-write that I did with Stan Meissner way back in 1989 and the other two were Stan Meissner songs “Walk Through The Fire” and “Never Look Back”. I have always loved these two songs and thought they were perfect for this project. Between Serafino (Perugino, President of Frontiers), Daniel, and myself we chose the rest of the songs from many great writers, whose songwriting fit perfectly in the First Signal vision." Flores says, "once again Harry and I worked closely with Serafino to find the perfect songs. It took about four months to find these gems. The writers are from all over the world and they all gave us their best songs. Harry's legacy had everyone, let's say, working at their best.”
Flores concludes, "there is more depth and structure now. The feel was right on the last record, but we hadn't found our groove yet. On this one Harry sings, in my opinion, like he has never done before. The audience will be surprised and delighted with his range and charisma here. The overall sound is heavier, but at the same time more melodic and more organic. I'm for sure really proud of the outcome.”
First Signal was first brought to life in 2010 when Frontiers President Serafino Perugino presented Harem Scarem singer Harry Hess with some melodic rock songs he thought would be a perfect fit for Harry to put his inimitable vocals on. The tunes specifically harkened back to the magic of the Harem Scarem sound, who at the time were on a hiatus. The project's self-titled debut was greeted with excellent reviews and enthusiasm from the melodic rock crowd, planting the seed for this to be more than a one-off.
Harem Scarem started up again after the release of the First Signal debut, but Harry was still wanting to go back and sing some excellent melodic rock songs that he had from various songwriters under the First Signal banner. The idea of a second First Signal album started to become realized and with the help of Swedish producer Daniel Flores (FIND ME, THE MURDER OF MY SWEET, etc.), the second record, "One Step Over The Line" started to take shape. Once again, the album was greeted with enthusiastic responses and acclaim from the fans and press alike upon release. So, it was a no-brainer to decide to release a new record and once again Daniel Flores teamed up with Michael Palace (guitars) and Johan Niemann (bass) and provided the basic tracks which Harry Hess and Darren Smith (background vocals) completed in their studio in Canada.
First Signal's third album “Line Of Fire” is once again a total delight for AOR and melodic rock fans and a contender for AOR album of the year! 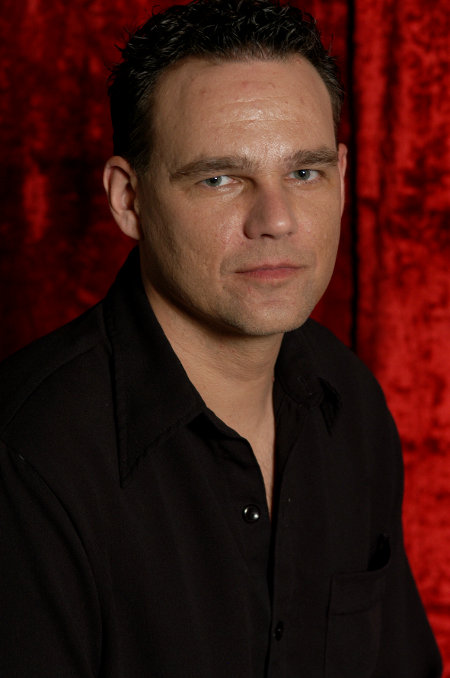