“Winds blow and waves gently crash against a structure in the center of the sea. One by one and patiently placed; each note, a beautiful brick carefully crafted from compartmentalized pain, builds the monument to open wounds that is “Ache Pillars”. Folian’s gorgeous melodies run their fingers across old scars, while softly whispering in your ears that more heartbreak is undeniably inevitable.” — Dylan Garrett Smith (fine-artist/printmaker)
FOLIAN is the creative moniker of Portland, OR based musician David S. Fylstra, who was releasing music under the name Wasting Seasons until 2017 when he ended the project and formed Folian. David is originally from the Pocono Mountains in Northeast Pennsylvania, and relocated to Portland, Oregon in 2015.
He is a contributor to many heavy and experimental bands such as Ramprasad (featuring members of Flood Peak and Lumbar's Aaron Edge), Drowse [live member] (The Flenser - label), Bible Black Tyrant (featuring Eagle Twin's Tyler Smith and Aaron Edge), Kvøid (a collaboration with fine artist Dylan Garrett Smith), and Canadensis (collaboration with Dragon Turtle's Tom Asselin). Fylstra also releases much of his own and others’ music on his imprint Anima Recordings.
Folian manages to blend elements of drone, metal, shoegaze, and noise into hauntingly somber and psychedelic atmospheres, expressing subject matter which stems from real life experiences with dreams, depression, love, fear, and nature. Folian often uses video projection to accompany the sounds in a live setting, making for a unique, entrancing audio/visual experience.
Folian’s newest 4-song EP “Ache Pillars” takes us on a short, yet wholly immersive sonic journey, exploring ideas of detachment, escapism, indifference, and sorrow.
The music within was recorded and mixed by Fylstra in his home studio in Portland, OR. Fylstra primarily used processed guitar, synth, and various other instruments to create and manipulate the sounds within.
“Ache Pillars” will be released digitally and on limited edition, handmade/hand-dubbed cassettes via Apneic Void Sounds on March 22nd, 2019. 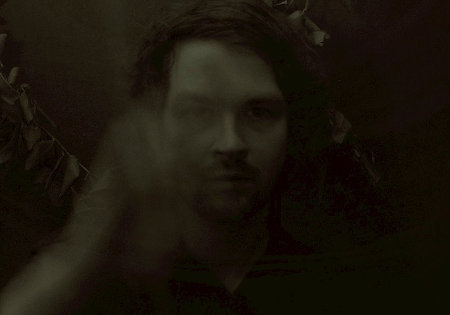