Iron Bonehead Productions sets May 3rd as the international release date for a striking new mini-album from Sorgelig, Devoted to Nothingness, on 12" vinyl format.
Released earlier this year on limited cassette, the aptly titled Devoted to Nothingness is a swift 'n' decisive blast of unapologetically grim, blown-out black metal. Sorgelig may hail from Greece, but they otherwise eschew their homeland's classic paradigm for one that hearkens back just as far, to France's notorious Black Legions. Thus, across Devoted to Nothingness will those of hardier constitutions find utterly tortured, hysteric bleariness that's both malformed and melancholic, favorably suggesting the likes of Vlad Tepes, Mütiilation, and especially Belketre, but with an exquisitely rotten touch all Sorgelig's own.
This is black metal from ancient times, no more but certainly no less. No modernity, no progression, NO HOPE: truly, Sorgelig are Devoted to Nothingness. 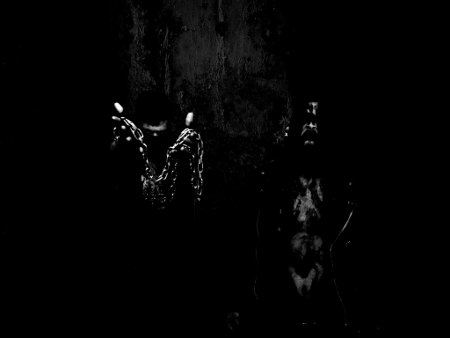