ATTIKA comes from the same age as Ohio's RITUAL, whose re-release of 'Trials Of Torment' was recently released by Pure Steel Records. 'When Heroes Fall' by ATTIKA saw the light of day already in 1991 as cassette-only production, but only two years later - as well as the debut of RITUAL - was officially released by their former record company on CD.
Offered is fresh US Power Metal, which in its best form shows neither the pure characteristics of Thrash Metal nor Prog Metal, but integrates both of them. Steel as it has to be forged. With their second album the Florida guys came back again with might to the scene after releasing their debut on their own in 1988. ATTIKA, like some others, beat the trendy death metal and created their metal anthems with sawing guitars.
Remastered by Robert Romagna, the timeless work comes with the bonus live song "Silent Rage". 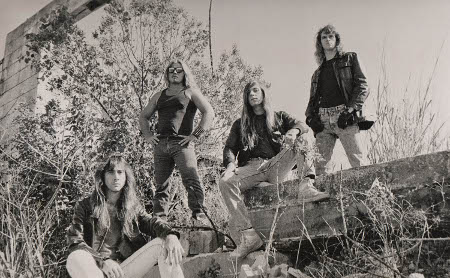 Rate this item
(1 Vote)
Tweet
More in this category: « I PREVAIL HANS LUNDIN »