With a completely antichristian concept, we return from the deepest part of the tomb to deliver the darkest and putrid Old School Death Metal, this is a new ode to the false and decrepit Nazarene, full of hatred and tears. Non is without Latin, without Christ and this concept reveals our hatred of Christianity. This Ep was recorded in DM6 Studio with Pablo Clares (Ex-Totten korps / Ex-Atomic Aggressor), where they have also recorded bands like: Atomic Aggressor, Magnanimus, Force of Darkness, Godless, Unaussprechlichen Kulten, among many others.
Gravered is sired in 2013 when Javier Soto, Rodrigo Contador join forces determined to make a dirty, simple and rotten Death Metal, influenced by Autopsy and Nihilist! 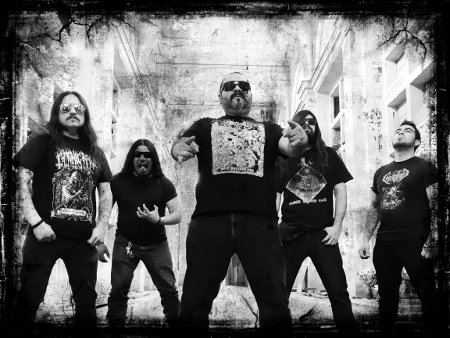